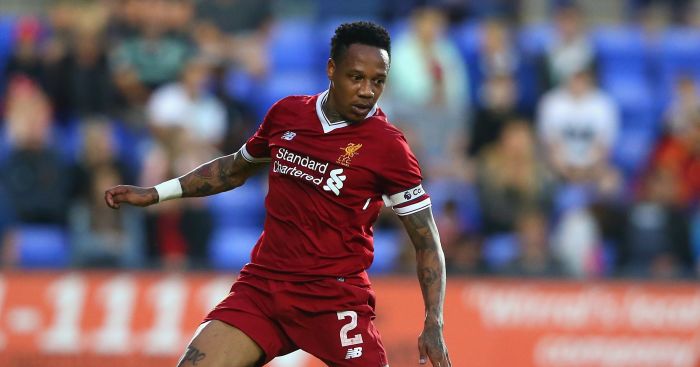 Liverpool defender Nathaniel Clyne has potentially been ruled out for three more months after undergoing surgery on a back problem.

The England international has not featured all season because of the issue and faces a further lay-off after he had an operation on Monday, Press Association Sport understands.

“He was in a good way and then had a little setback. That’s how back problems are,” he said on November 3. “We showed him to specialists all over the world and it is not a big problem, it just needs time, that is all.”

It is understood Clyne travelled to London with a member of the club’s medical staff for corrective surgery on Monday.

His problem was always viewed as long-term as he was left out of Liverpool’s Champions League squad submitted to UEFA at the start of the season – and a three-month lay-off could mean he misses out again when the window opens for amendments in January.

It puts added pressure youngsters Trent Alexander-Arnold and Joe Gomez, who have been sharing the right-back duties in Clyne’s absence.

Klopp has managed the situation carefully and is reluctant to play one or the other in back-to-back games but with 12 matches between now and the turn of the year he may find he has no choice.

It is the second injury setback for the Reds boss in 24 hours after Sadio Mane returned to Merseyside early after complaining of more hamstring trouble.

Senegal released the pacy forward early after issuing a statement saying he “slightly felt his old injury” after the 2-0 win over South Africa which secured World Cup qualification.

Mane, who featured in the Reds’ win at West Ham on November 4 after five games out having been injured on international duty, is due back at their Melwood training ground on Tuesday.

“Obviously it is a concern that the hamstring injury is again on the agenda and it will be critical for us to monitor and manage that in the coming days,” Klopp told liverpoolfc.com.

“At this stage we haven’t seen Sadio yet to properly assess the extent, but what is clear is that we will have to stay on top of this for the rest of the week and make sure we are careful in how we look after him.

“So, in this moment all I can really say with certainty is that we will assess Sadio as soon as he lands back in the country and make decisions on what rehab and treatment gives him the best chance of being back fit and strong for the important fixtures we have coming.”

Monday saw a return to training for all the players not still away on international duty.

Captain Jordan Henderson, who last week pulled out of England’s matches against Germany and Brazil because of a thigh problem which forced him to miss the win over West Ham, was among the players present – but he did not train with the main group.

Press Association Sport understands fellow midfielder Adam Lallana, approaching full fitness from a thigh injury of his own which has prevented him featuring at all this season, continued to work on his individual programme rather than take part in full training.

The England international is, however, pencilled in to play some part in a behind-closed-doors friendly at Melwood on Tuesday.