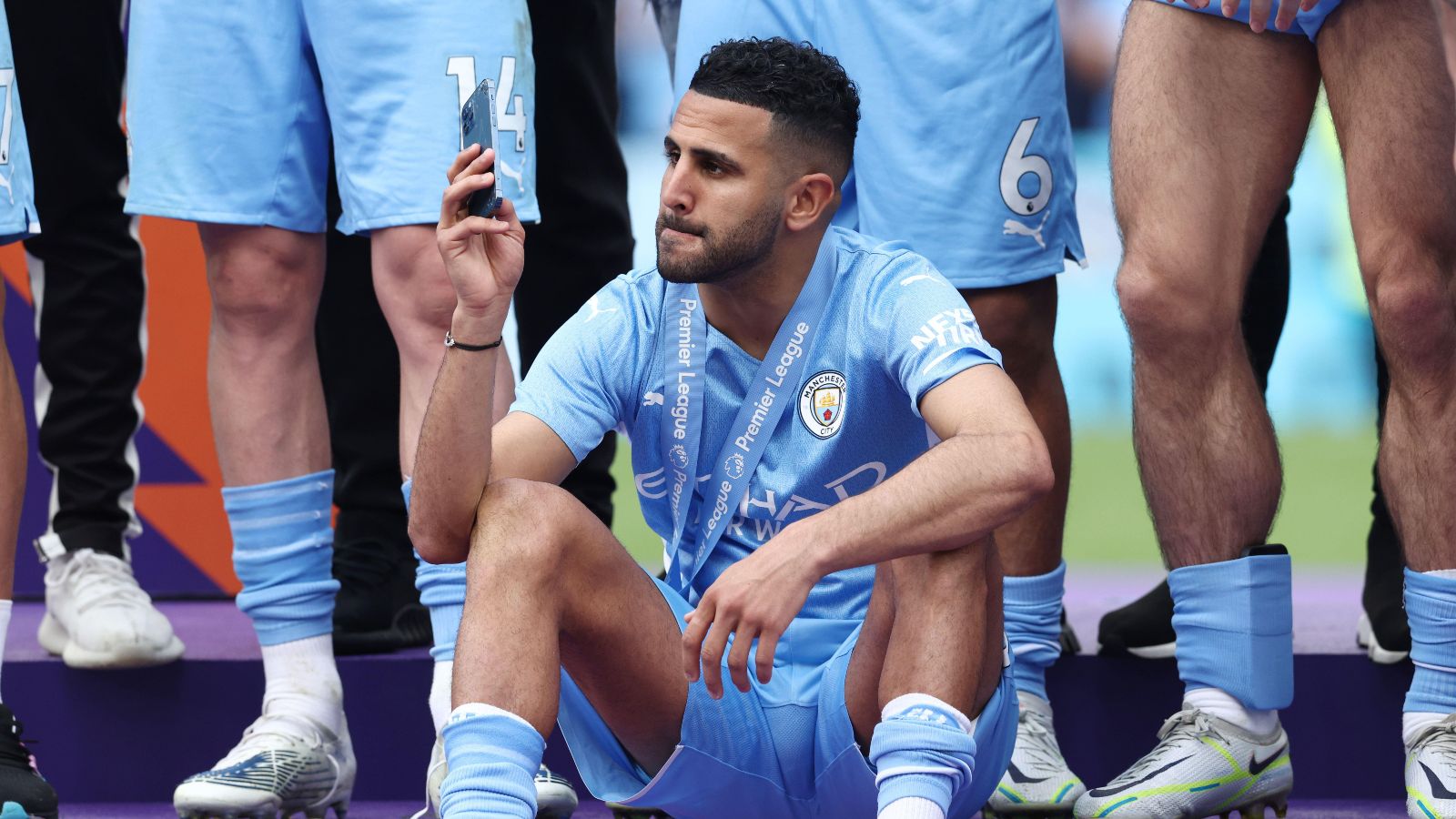 Riyad Mahrez is of the belief that Liverpool are “sick of” Premier League champions Man City.

Liverpool closed the gap on Man City to take the Premier League title race to the final day.

Jurgen Klopp’s side trailed City by a single point heading into Sunday’s fixtures.

City also had a better goal difference. To win the league, Liverpool needed to win and hope that Pep Guardiola‘s team dropped points against Aston Villa.

Liverpool beat Wolves 3-1 at Anfield and Man City were 2-0 down against Aston Villa. The leaders fought back though.

They netted three goals in five minutes to win 3-2 to clinch their fourth Premier League title in five years.

City’s victory ended Liverpool’s hopes of winning the Quadruple this term. They have already lifted the Carabao Cup and FA Cup. Later this month, the Reds face Real Madrid in the final of the Champions League.

Speaking after retaining the title, Mahrez was adamant that City “will be here next year too”:

“Liverpool are a mad team, they are a superb team. I know they hate us,” Mahrez insisted (quotes via The Independent).

“They’re sick of us because if we weren’t here they would’ve won everything every year, but we’re here and we’re never letting go and we’ll be here next year too.”

Elsewhere, Chelsea boss Thomas Tuchel has named the five Premier League sides who he thinks will contest the title next season.

Chelsea finished 18 points behind second-placed Liverpool in third and Tuchel expects his side to be in the mix against Liverpool and Manchester City, while he is tipping Manchester United under Erik ten Hag and Tottenham to join the race next season.