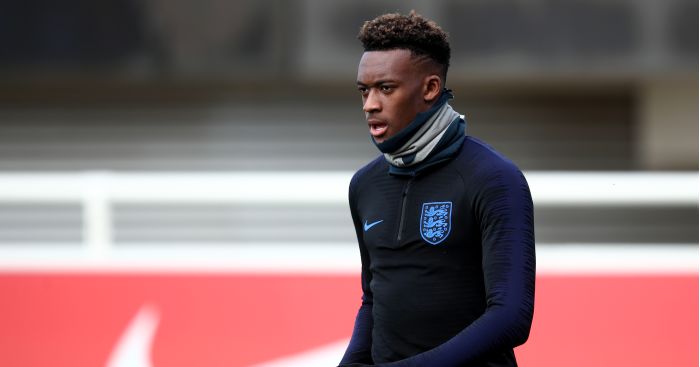 Chelsea are reportedly ready to offer Callum Hudson-Odoi a lucrative new deal at the club as interest in the winger increases.

Liverpool, Manchester United and Bayern Munich have all been credited with an interest in Hudson-Odoi with just over a year left on his current contract at Stamford Bridge.

Chelsea have already ruled out selling the winger to a Premier League rival, while Bayern had four bids rejected in January – the final of which was a whopping £35million.

The Bundesliga club are expected to return for the 18-year-old, who impressed on his full debut for England against Montenegro during the international break – although Kicker claims that Liverpool has also held discussions for the player.

The fresh offer from Chelsea to Hudson-Odoi would reportedly be worth £100,000-a-week in an attempt to ward off the latest interest.

Chelsea’s last offer to the winger, which was rumoured to be £85,000-a-week, was rejected back in January as Hudson-Odoi still awaits his first Premier League start for Maurizio Sarri’s men.

However, given his sparkling form for England – that could well come on against Cardiff on Sunday.