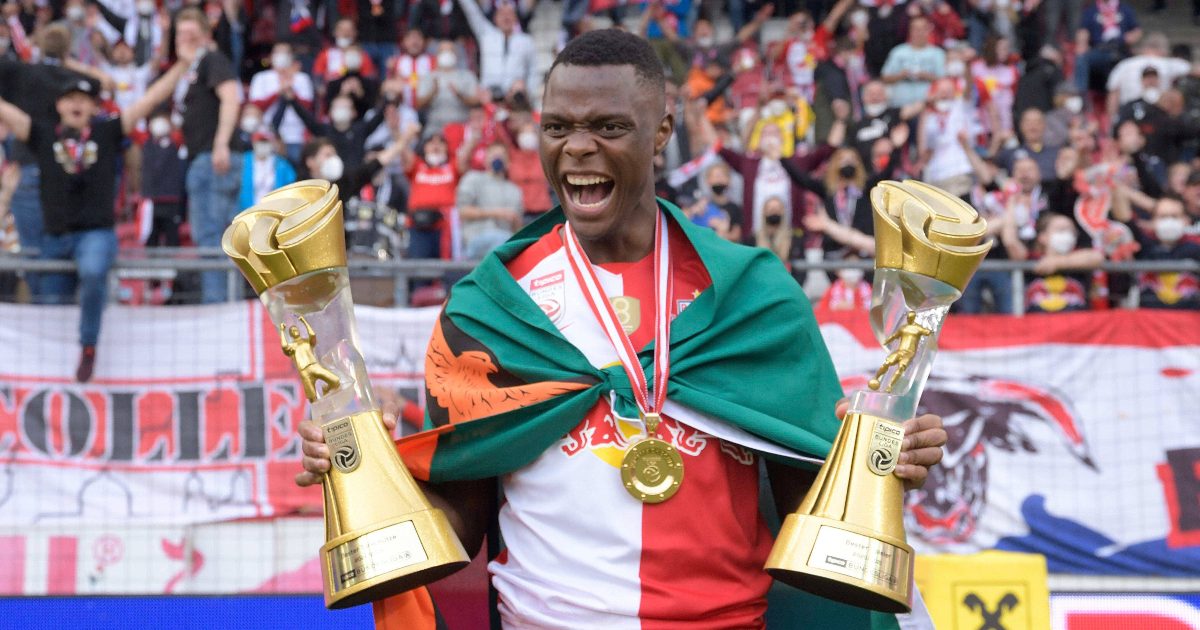 Liverpool are interested in Red Bull Salzburg’s £17m-rated striker Patson Daka this summer, according to reports in Austria.

Daka signed for Salzburg in 2017 from fellow Austrian side Liefering. He was a bit-part player in his first two seasons but he has established himself as one of Europe’s most promising forwards in recent years.

Blackpool peer into the future with crack coach Critchley

The Zambian international won the Player of the Year award in the Austrian Bundesliga this season.

Austrian outlet Salzburger Nachrichten have reported that the forward could be Premier League-bound.

Liverpool are interested in the £17m-rated 22-year-old. Three more of England’s ‘big six’ are also keen to bring the youngster to the Premier League.

A separate report from Spanish outlet Todofichajes reveals that Liverpool are “set to sign” Daka “imminently”.

“I’m really pleased we’ve been able to add a player of Ibrahima’s quality to our squad and he is someone I’ve admired for a long time, ever since I first became aware of his potential when he was at Sochaux.