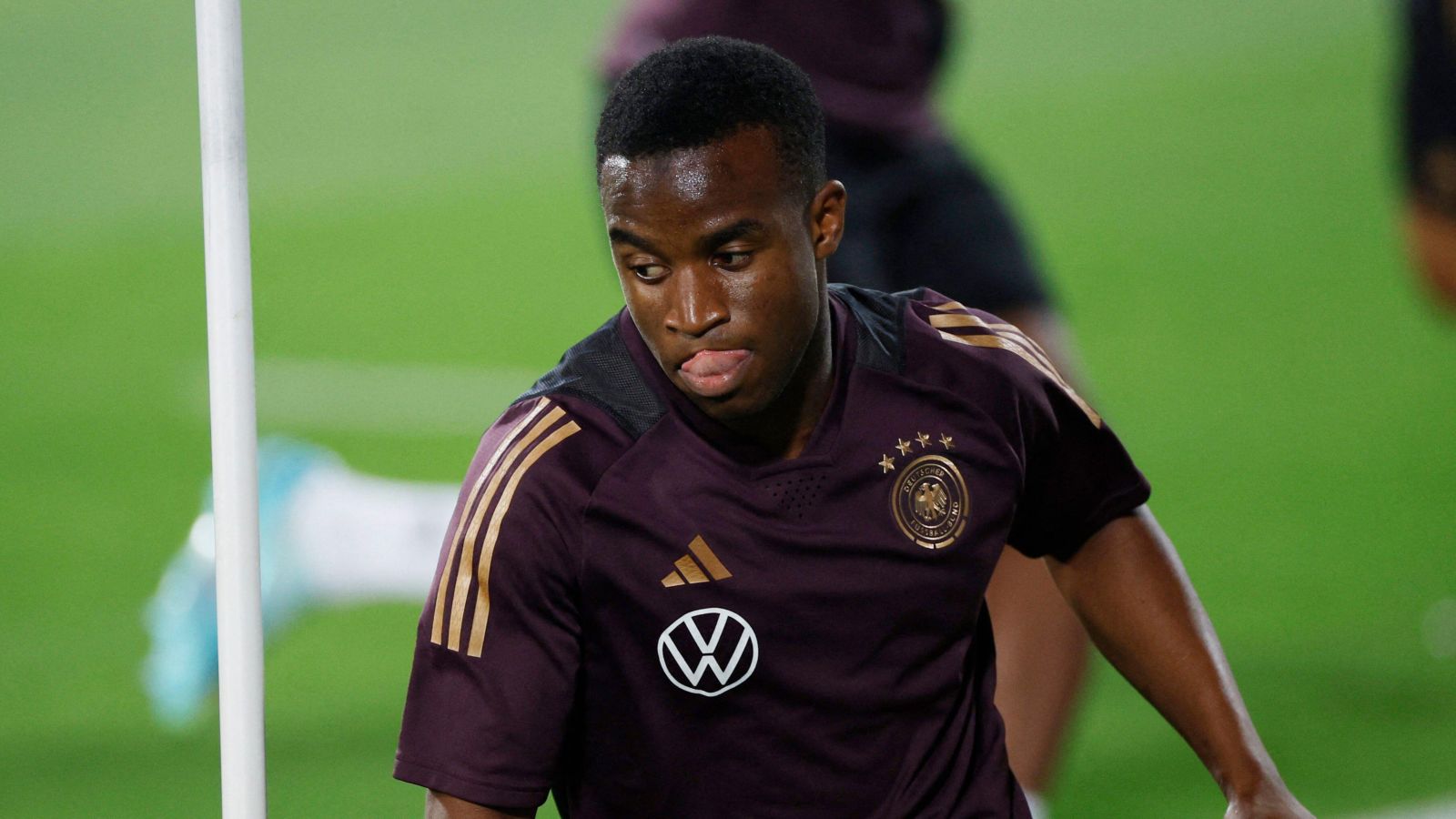 Liverpool reportedly remain interested in Youssoufa Moukoko and it is understood that he is ‘ready to leave’ Borussia Dortmund next year.

The 18-year-old has made a name for himself this season as he has lapped up the unenviable task of replacing Erling Haaland.

Moukoko was only used sparingly last season as Dortmund at that point still had the luxury of being able to call upon the Man City standout.

But he has featured more prominently this term with him playing 22 times for Dortmund across all competitions.

He has been one of the Bundesliga’s breakout stars as he has grabbed six goals and six assists in the league.

His form for Dortmund has earned him a spot in Germany’s World Cup squad and he made a brief cameo appearance in their 2-1 defeat against Japan.

Dortmund made a pretty penny on Haaland earlier this year and they look set to accept a sh*t load of money next summer with clubs queueing up to take Jude Bellingham.

But the same cannot be said for Moukoko, as the young forward is due to be out of contract at the end of this season.

Last month it was claimed that Liverpool are ‘leading the race’ to sign Moukoko as several clubs are eyeing a bargain deal next summer.

90min have now provided an update and they are reporting that ‘a growing number of clubs believe that Moukoko is ready to leave’.

They are of the understanding that Dortmund and the player are ‘yet to finalise his plans’, which is concerning as he is about to enter the final six months of his contract.

Dortmund ‘remain hopeful’ that he will stay but ‘a host of top teams from around Europe are keeping an eye on his situation, hopeful that they can lure him away’.

Bayern Munich have ‘made it clear’ that Moukoko ‘would be welcome’ at their club. He is potentially being eyed as a replacement for Robert Lewandowski, who joined FC Barcelona in the summer.

Liverpool and Manchester United meanwhile ‘have been watching him closely’ but the club who ‘pose the biggest threat’ is Barcelona.

90min have added that Moukoko ‘grew up as a Barcelona fan’ and that it is his ‘dream’ to one day play for the Spanish giants.

Another player being linked with Liverpool is Juventus and France star Adrien Rabiot. Like Moukoko, he is out of contract next year.

Speaking on Thursday, the midfielder suggested that he is yet to make a decision on his future.

“If I’ll stay with Juve? I don’t know yet and it’s not the moment to talk about it,” Rabiot told La Repubblica

“No doubt these performances help me to go elsewhere, but also to talk to Juve. But now my focus is on the World Cup.

“The experience in Serie A has served me well, I can’t speak for Theo [Hernandez] and [Olivier] Giroud, I speak for myself. It’s been very useful because with your attention to tactics I’ve learnt a lot of things and I’m putting them into practice.”