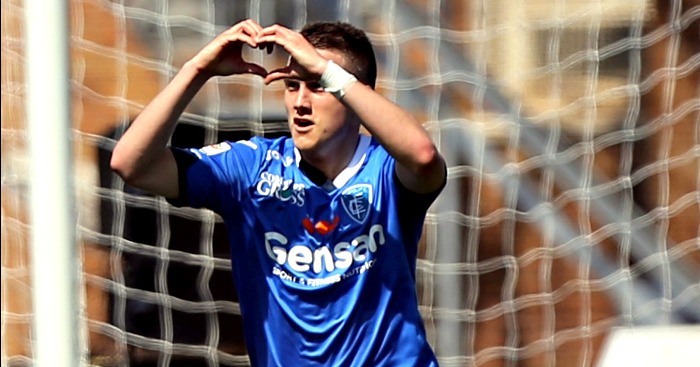 Liverpool are interested in and have made contact with Poland international Piotr Zielinski, according to the midfielder.

It was reported last month the Reds were set to hold talks over the prospective signing of Zielinski, the 21-year-old who is on loan at Empoli from Udinese.

And on Monday he was quoted by Polish media outlet Sportowe Fakty as saying: “There is a lot of truth in (talk of) the interest of (Liverpool boss) Jurgen Klopp in me.

“I’m not thinking too much about it right now though. I’ve still got few games to play for Empoli and after that there is still the Euros in France.”

Zielinski, on loan at Empoli last season as well as this, on Sunday scored in their 2-0 Serie A victory over Fiorentina.