Home Liverpool This Liverpool team are on a bleep test that never ends; their effort transcends success 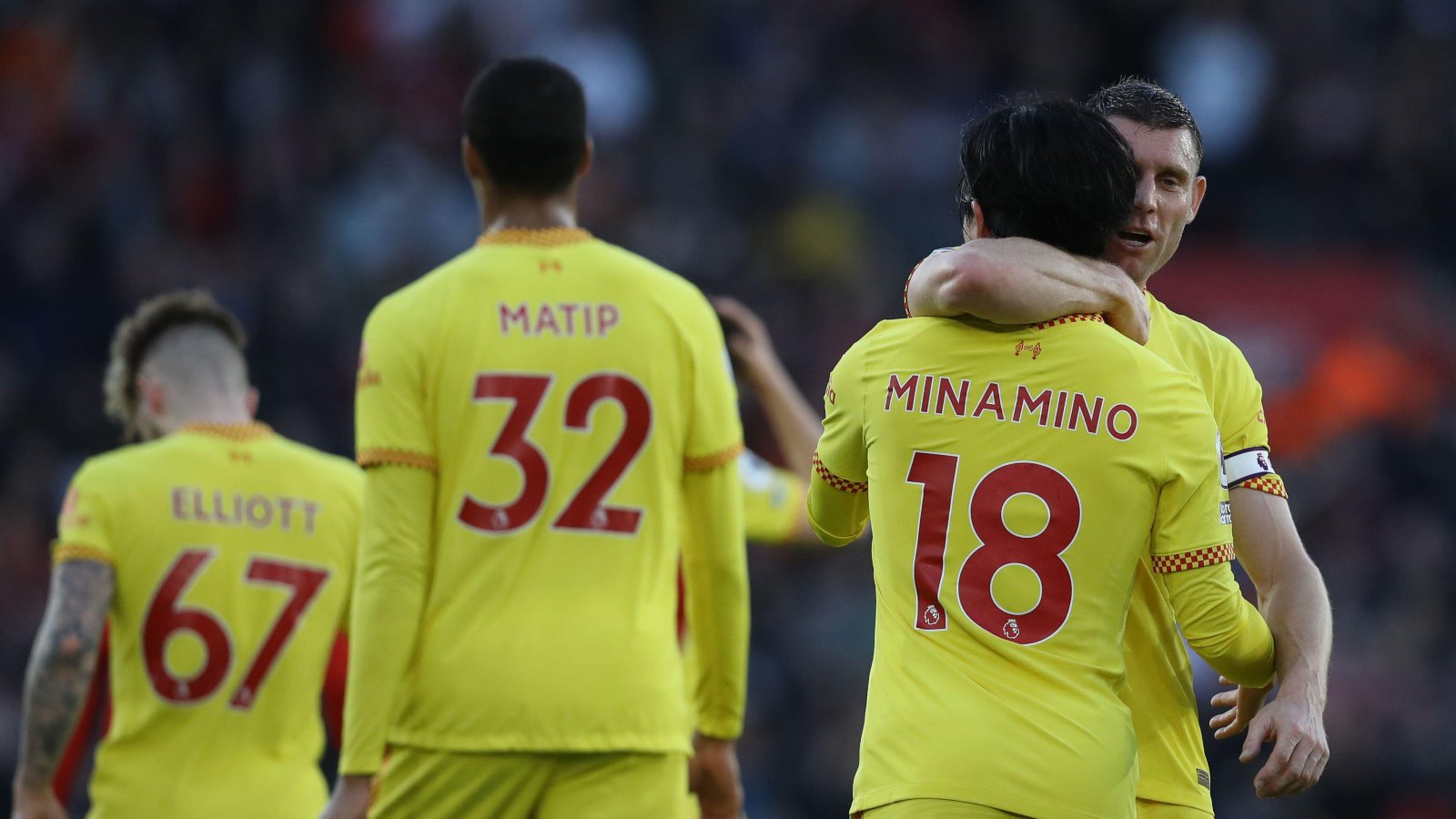 Rafa Benitez has been quick to remind everyone that ‘his’ Liverpool were on a budget airline compared to the premium economy of the current version. Of course, Benitez was the last Reds manager to win the FA Cup before Jurgen Klopp’s men repeated the trick a week ago. Can the Anfield club ever win a final with something to spare? Watch this space on May 28.

Djibril Cisse, a £14m maverick signing from the Houllier regime, got the Reds back in the room at the Millennium Stadium that day after going two down to West Ham. Peter Crouch’s value was half of that. Neither of them could hold a candle to ‘Big Div’, a £10m Brendan Rodgers special who will leave a legend this summer. It’s not always the budget; it’s what you do with what you buy with the budget. Look at Taki Minamino: 10 goals from 11 shots on target and top scorer in both domestic knockout competitions.

Klopp’s weary troops may not all be from the piggy bank that Rafa rattled but they are of a different breed when it comes to paying back the investment. Under the Spaniard, Liverpool only won two major trophies. They also finished fast down the straight in the 2008/9 season, losing just twice over a whole campaign but coming up short to Mancunians. Sound familiar, anyone?

And 2021/22 Liverpool keep grinding even if all logic points to a Super Sunday where they become Lewis Hamilton on worn tyres in a sprint finish for the cameras. Yet, this is not how JK’s rolling team tick.

In August, a piece on the Reds’ lack of summer transfer business prompted a comment torrent that almost reached 365. That article quoted Klopp’s thoughts on how he primed Dortmund against the leviathan of Bayern: “People have climbed Mount Everest before and had to turn around 10m from the top, but at least they’ve tried.”

His team are on a bleep test that never ends. See James Milner’s mountain climbers during Covid that were almost as compelling as his deadpan humour. When Liverpool hit the wall, they keep running through it.

Modern success is judged with oodles of instant gratification. What has been achieved is soon binned if it didn’t happen yesterday. Liverpool have played the maximum number of games possible this season bar the Community Shield and World Club Championship. Every match has been viewed as an essential win to keep with the City slicker speedboat gliding through the waters. This no-lose team has defied gravity.

Never mind Rafa’s oddball mix of Costcutter Istanbul warriors. No less a light than Arrigo Sacchi, a visionary that brought the best out of the collective, claimed Liverpool don’t have any world-class players. That arched a few eyebrows. He qualified this by suggesting the Reds were “a fantastic team without any real superstars. A true team. You see one playing for eleven, while other teams are eleven playing for themselves”.

This is evident most recently as the reserve army lightens the load from the first XI. The bit-part brigade come in and do the job with just as much conviction. Liverpool are chiselling out marginal wins like the guy in 127 Hours hacking at the great big rock that landed on his arm, squeezing every bit of water out of the bottle. On the same timeline, City are striking four and five in a duck shoot.

The two final hurdles could make or break the season in some eyes. Technically, the worst way to end is to suffer heartbreak in the final scene. It leaves the bitter taste of much work done without the journey end confetti. The street party wants the big one for the showreel. Or old Big Ears. Or both.

Klopp manages to paint a different picture that diverges from all that noise. He’s got the full set of trophies and the first-class deliveries are now coming thick and fast. There’s something else that transcends success and that is the electricity that will not stop this team whatever fate throws at them.

During Covid’s bitter 2020 season, Klopp said: “Can we promise success? No! Can we make success happen by simply saying something about it? No! But we can try.” It is a mantra that will still carry weight even if somebody else is planting the flag at the peak on the penultimate climb of the ascent.