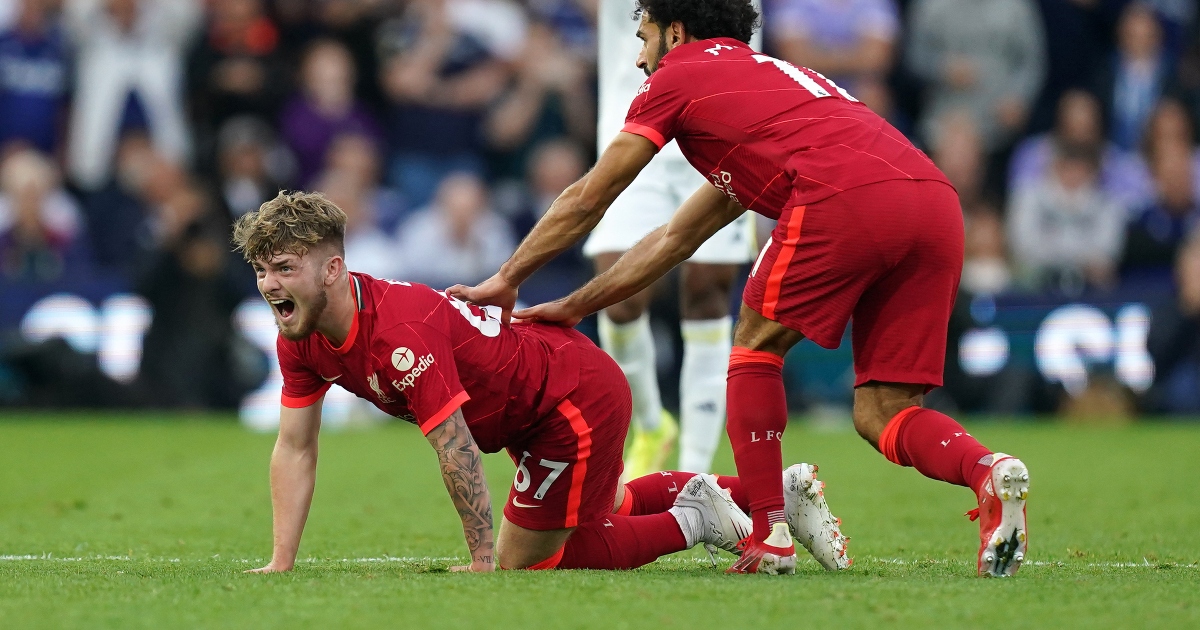 Liverpool teenager Harvey Elliott has sent a message to fans following his horrific injury sustained in the Reds’ 3-0 win against Leeds United on Sunday.

Elliott was injured after being tackled by Leeds defender Pascal Struijk – a challenge that saw the Dutchman sent off by referee Craig Pawson.

The challenge did not seem malicious, however, he was given his marching orders due to “the intensity and endangerment of Harvey Elliott”, the Premier League told The Athletic.

The young midfielder was enjoying a good start to the season after returning to the Anfield club following a successful loan spell at Championship side Blackburn Rovers last term.

And he has updated fans on his condition, posting on his Instagram story: ‘Thank you for the messages guys! Road to recovery YNWA.”

Pic from Harvey Elliott’s Instagram. Here’s to a speedy recovery. Such a great kid with so much talent. He’s got many, many years ahead lighting up the Premier League. #LFC pic.twitter.com/XUSUzr0Rjg

“It is his ankle. I heard it was dislocated and they couldn’t put it back and he is now in hospital,” Liverpool boss Jurgen Klopp told Sky Sports.

“Do I want such a young boy to have this experience in his career? No. We will play football without him, but we will wait for him as well because he is a top player.

“I saw the situation. I could see his foot was not in the right place. That is why we were all shocked.”

Opposing manager Marcelo Bielsa also gave his opinion on the injury and red card decision, saying: “I regret dearly what happened, I wish it did not happen.

“Perhaps what happened after he recovered the ball caused the injury. The tackle was clear but clearly the acceleration at how our player moved caused it. In no way did he have provoke any harm to the opponent.

“I regret dearly the opponent was injured and I’m 100% certain our player did not have a bad intention. I wish it had not happened.”

Leeds United owner Andrea Radrizzani also spoke to Sky Sports, saying: “I wish the boy well. This is football. It’s accidental. Personally I feel sorry for the boy. The injury is difficult for him. We cannot control that kind of injury. It was accidental but I am honestly sorry for the player.”