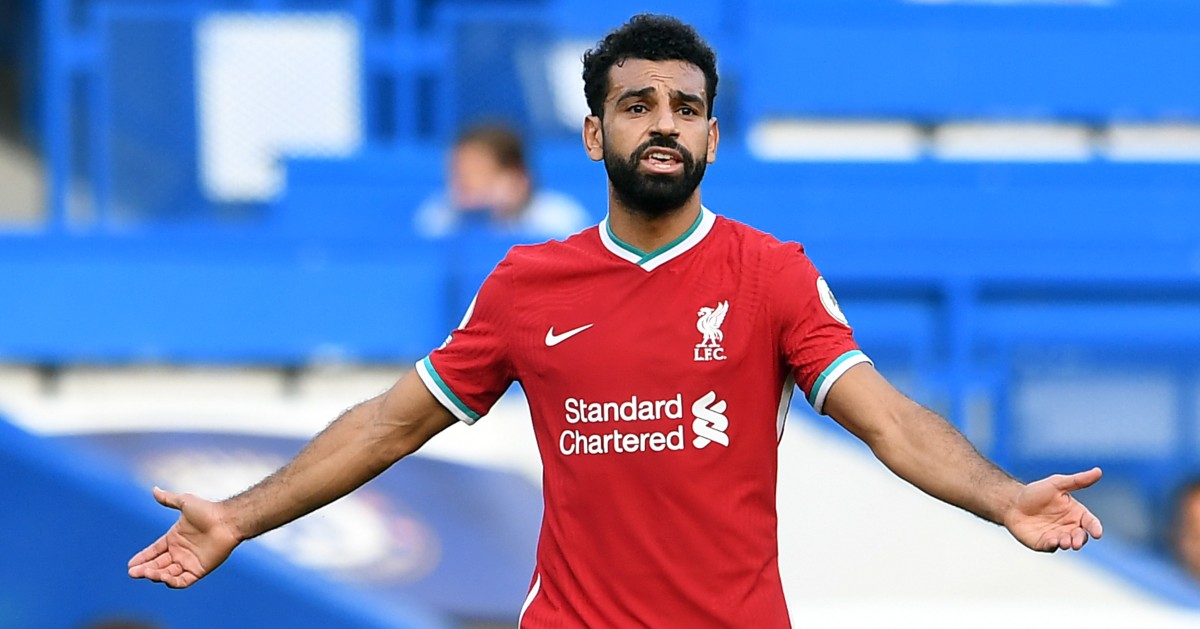 Liverpool have suffered from some familiar failings in this slog of a season, from Mo Salah tantrums to terrible Thiago tackling.

Thursday’s win over Manchester United gives Liverpool hope of salvaging something from a dreadful season. However, Sadio Mane’s reaction at the end kicks off the issues that have afflicted the Reds time and time again….

1) The total collapse of Mane
When the Senegalese scored against West Brom on December 27 all seemed well in the world. Liverpool were seemingly on their way to consolidating their five-point lead at the top. Mane missed a chance to make it 2-0 and then butchered several more in the next few months as his form came to a standstill. Even he has described it as “the worst season of my career,” adding that “if you ask me what is wrong I will struggle to give you an answer.” It is quite a thing to see a man fall over as much as Mane without drawing a foul.

2) Getting taken out by Everton
After the 7-2 thwacking at Aston Villa, Liverpool looked to restore good health by continuing their hex over Everton. They started well at Goodison Park, took the lead and should then have had a penalty and a man advantage after Jordan Pickford went full Conor McGregor on Virgil van Dijk. Everton equalised twice and then Richarlison decided to wipe out Thiago for good measure. Oh and Jordan Henderson’s virtually legitimate goal was chalked off because of a squiggly line that the Liverpool captain thought was bent. Literally. A few months later, Everton stuffed Liverpool 2-0 at Anfield, their first victory there for 22 years.

3) Thiago fouling everyone
He was imperious on debut against the disjointed ten men of Chelsea in prehistoric pre-Tuchel times. The Spaniard even played one glorious no-look pass after being assaulted by Richarlison. But on coming back from that injury the midfielder was dragged down into Liverpool’s underworld, clattering into everyone and being shouted at by the captain. It seemed he was trying to catch up on three weeks’ work in one night shift. After leaving Bayern’s paradise of trophies, Thiago must be wondering if he walked into the wrong building.

4) Conceding late goals
In 2019/20, Liverpool didn’t drop any points to late goals. Quite remarkable, really. In 2020/21, they can’t stop conceding late clangers. They always find a way. Just not the right one. Remember Andy Robertson kicking Danny Welbeck rather than the ball to concede an injury-time penalty at Brighton? Then there was Big Sam’s Baggies punishing the lack of second goal to spoil Jurgen’s Christmas. Burnley’s 83rd-minute penalty ended the home run. Then there was Leeds (87 minutes). It’s getting later. Then Newcastle. Oh, Newcastle. Two goals conceded in injury-time (one legitimate) after Liverpool’s dodgy backline retreated deeper than Crystanbul.

5) Doing the same thing and expecting a different result
Anfield. What happened there, then? Liverpool lost six consecutive matches at home for the first time in their 129-year history. That came after a 68-match unbeaten run. Once the door was open, the house fell down completely as the Reds lost to all kinds of invaders without even returning a salvo. This was football depression being played out time and time again with the same tortured souls. Klopp changed the record just in time to revive top four hopes.

6) Feeling irrelevant
“One title and you’re giving it the big ‘un,” said Frank Lampard to Klopp on the night the Reds collected the prize last July. Well, maybe Frank was on to something. Liverpool are an irrelevance at the business end of things. It must cut deep for a team that looked like it had only started the journey of domination. Reasons for this term’s failure sound rational and will probably be borne out when the Red Arrows fly again in sync. However, this season has been a tawdry business. As Klopp said at the end of 2019: “I really think our desire is immense. It’s big, it’s massive to win more trophies. If it’s greed, I don’t know, but yeah. Who cares?” But for much of the year, this Liverpool team has looked careworn.

7) Champions League nights offer spite not respite
The damage was done in the first leg. Klopp’s offhand comments about the Alfredo Di Stefano Stadium didn’t exactly set the right tone for the tie against Real Madrid, even if they were misconstrued. Then Liverpool played like a bunch of rank amateurs, not helped by the left-field selection of Naby Keita over Thiago. Klopp was the tinkerer. Uncertain. Unhappy. This was the moment Liverpool’s season blew up.

The second leg was a taster for what was to come against Newcastle: chance after chance being skewed, while a minority of fans still managed to smash the Madrid bus to create an ‘atmosphere’. Classy. Liverpool’s favourite competition needs its 12th man back in the stands.

8) Klopp being desultory to Des
We know that Jurgen was under pressure, more than we realised with the death of his mother. However, his haranguing of cheery Des Kelly became a little bit too familiar, culminating in his irritable questioning of Liverpool’s schedule. The constant drone of being controlled by the power of the BT beast wasn’t really the issue. We know that Klopp wants to do other things than play football at 12.30 on a Saturday. Especially when his team had just conceded a last-minute penalty. The cool hand he showed throughout the Covid crisis, finding the right words for the good of society, keeping his counsel over the worry of losing the title to a pandemic, were very impressive. Perhaps he had to blow his top at some point.

9) Mo Salah sulking
Mo Salah is not blameless but without his goals (30 of them so far) Liverpool’s season would have been even more awful. Some may have noticed his pained reaction to those late equalisers by Leeds and Newcastle. It’s all become too much for Salah and it is very noticeable that he’s been knocked off his game by the chaos around him, always wanting an extra touch rather than doing what he does best. When Salah is p*ssing chances up the wall, then Liverpool know they are in big trouble. He must be thanking Dean Henderson for having the presence of the smallest crab on the beach.

10) The sight of Adrian
Adrian outlived his usefulness after he was injured by a random fan in the Super Cup shoot-out celebrations against Chelsea. Watford aside, Liverpool’s real collapse into obscurity started with the Spaniard’s ‘performance’ when they were mugged by Atletico. There aren’t that many willing to let him forget it. Likewise, the Reds had started the season serenely with three wins out of three when Adrian turned up at Villa Park like a wobbly yellow custard. Within five minutes, it was clear this was going to be painful. He even did a dummy run past Ollie Watkins’ header.