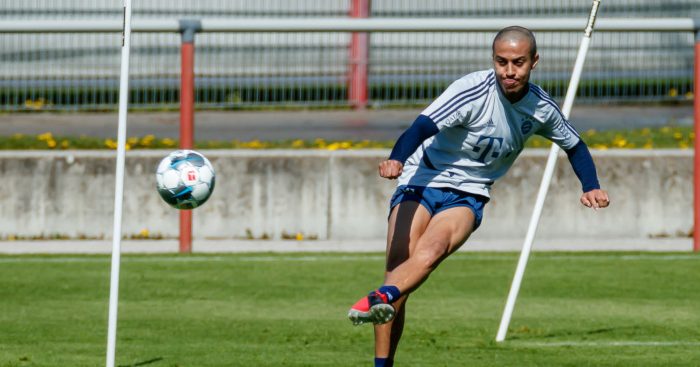 A transfer to Liverpool is still the “most likely option” for Bayern Munich midfielder Thiago Alcantara, according to Didi Hamann.

The Spain international has been heavily linked with a move to Merseyside in recent weeks with rumours last Wednesday claiming a ‘general agreement’ between player and club has been reached over a summer move.

However, that had seemed wide of the mark after ESPN claimed there was a ‘new twist’ in the speculation after a €30m was mooted.

The report said that Liverpool ‘will not pursue a move’ for Thiago ‘with the Premier League champions only likely to enter the transfer market if a significant member of Jurgen Klopp’s squad leaves Anfield’.

Despite that, former Liverpool midfielder Hamann reckons a deal for Thiago “would make sense” for Liverpool.

“At 29, he doesn’t quite fit the profile of the Reds’ purchasing policy,” Hamann told Abendzeitung (via Sport Witness).

“Nevertheless, a transfer would make sense in my eyes, because Jürgen Klopp has more workhorses in his midfield with Henderson, Fabinho and Keita and could use a filigree technician like Thiago well.

“On the other hand, he had a Bavaria contract ready for signature. I would be surprised if he didn’t have a lot to offer. Otherwise, you won’t reject it.”

“That (€25-30m) would be a very good deal in Corona times, Liverpool certainly wants to keep the price down.

“Thiago certainly has brilliant moments; I like to watch him. But the hard facts are: Bayern was never in a Champions League final with him.

“The bottom line is still the most likely option for me is that he goes to Liverpool.”