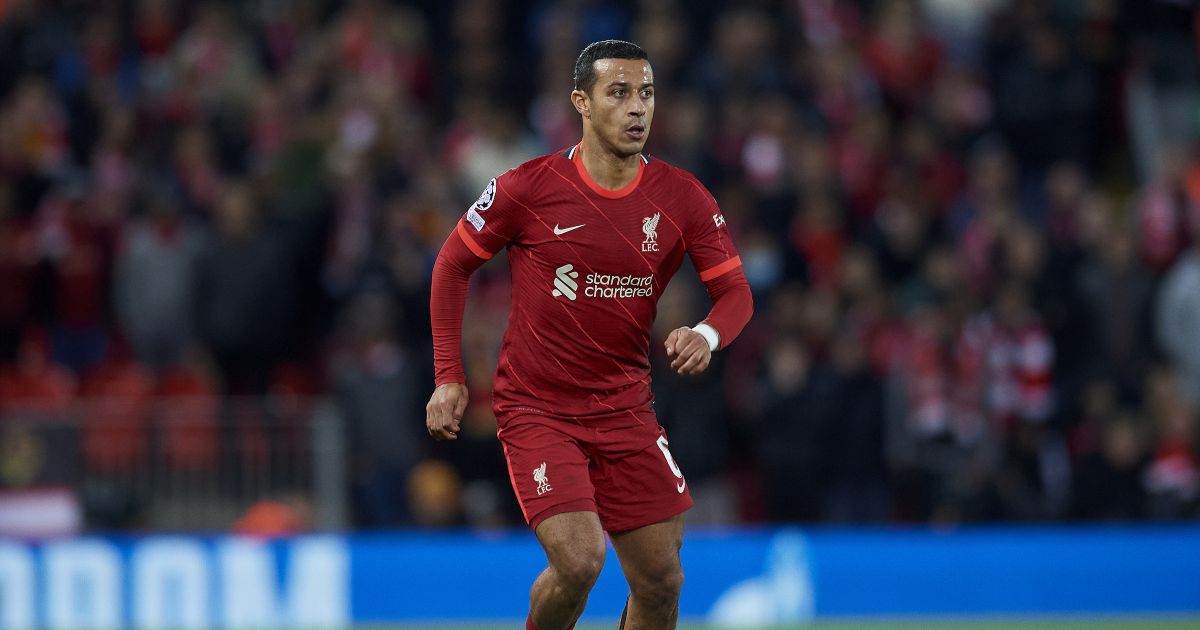 Sport Bild journalist Christian Falk claims there is something in the rumours linking Liverpool midfielder Thiago Alcantara to Barcelona.

New Barcelona boss Xavi is reportedly keen to bring Thiago back to the Camp Nou, eight years after leaving the Catalan giants for Bayern Munich.

The Spain international has struggled to make a huge impact at Liverpool since his move from Bayern in 2020, with injury restricting him to 23 Premier League appearances last term.

And this term he has only started two Premier League matches for the Reds with the 30-year-old again impacted by injuries.

Despite Liverpool not yet seeing the best of Thiago, Falk reckons there is definitely something in the rumours linking him with Barcelona.

“There we have our first true,” Falk told Sport Bild (via Sport Witness). “You really have to say yes, he fits perfectly, and if he hadn’t had Xavi or Iniesta in front of him as players in the past, he wouldn’t have gone to Bayern.

“He is a player who is made for this team and has been trained there. The question, of course, is whether they can afford him.

“The transfer fee from Bayern was €22m, but I think that will now be feasible, even for Barcelona.

“With Liverpool, you have to say quite clearly it’s a mistake and trying to get him is worth it.”

Meanwhile, Rio Ferdinand revealed in July that Thiago phoned the Manchester United legend back in 2013 asking for him to sort out a transfer to Old Trafford.

“Before Thiago left Barcelona, he called me. We played against Barcelona in the States on tour, and he was unreal,” referencing a 2011 pre-season friendly, Ferdinand said on his Vibe with Five YouTube channel.

“He was playing as the 10, and he scored a worldie. So we knew about him anyway, and a few years later, Moyes was manager.”

Ferdinand added: “I don’t speak to Thiago, I don’t know him, but David De Gea gave him my number.