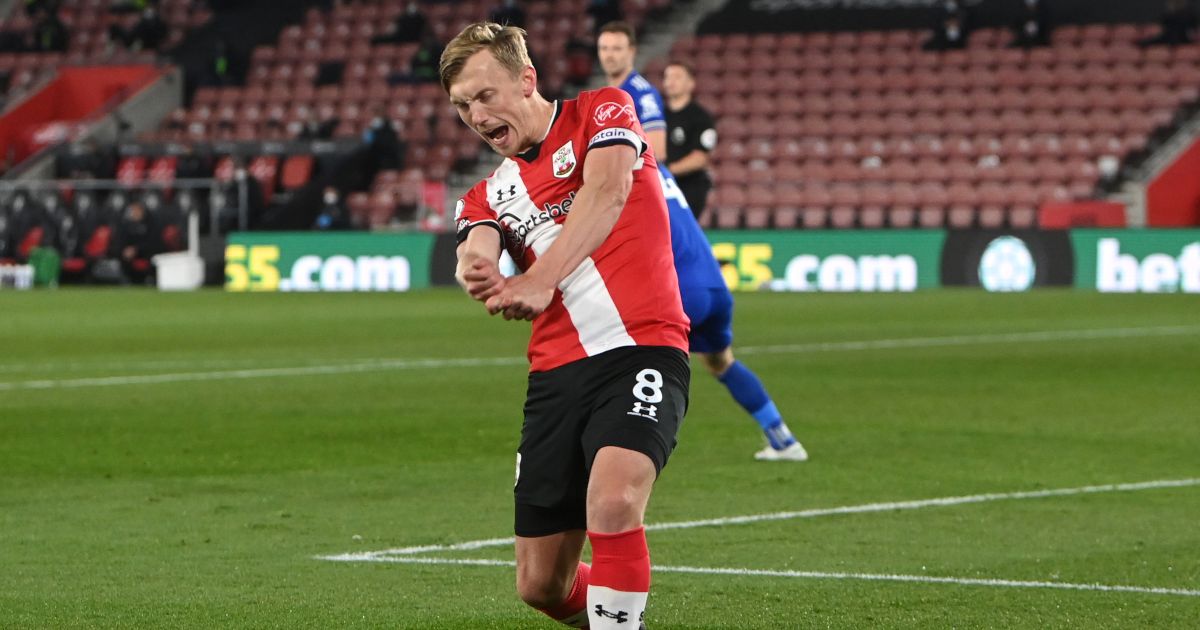 Liverpool could make a move for Southampton midfielder James Ward-Prowse this summer, according to former Premier League striker Noel Whelan.

The Reds have been linked with a number of midfielders following the departure of Georginio Wijnaldum, who will officially join Paris Saint-Germain at the end of this month.

Leicester City’s Youri Tielemans, Roma’s Lorenzo Pellegrini and Real Madrid’s Martin Odegaard have all been linked with possible moves to Anfield as Jurgen Klopp searches for a new midfielder.

Aston Villa midfielder John McGinn was the latest name to be linked last week with The Athletic claiming that Klopp has ‘very real’ interest in signing the Scotland international.

Villa have already strengthened their side this summer with Dean Smith acting early to bring Emiliano Buendia to the club, while a report reckons they are ready to follow up that deal with one for Ward-Prowse.

And Whelan – who scored 44 Premier League goals – reckons Liverpool could be interested in signing Ward-Prowse as he is the type of midfielder the Reds should be looking at.

Whelan told Football Insider: “We do know that Aston Villa have brought in a lot of midfield players. They’re still looking to bring in more.

“We did wonder where they’re all going to fit in if they go for Ward-Prowse. Then again, Liverpool might fancy Ward-Prowse. He’s that kind of midfield player as well, especially when it comes to set-pieces as well.

Meanwhile, Andros Townsend thinks McGinn would “fit straight into the way” Liverpool want to play under Klopp, he said recently: “The type of player McGinn is, I think that would be perfect for the way Jurgen Klopp likes to play.

“He’s fast, strong, he gets about the pitch, he’s defensive-minded when needed. People will raise their eyebrows because it’s John McGinn from Scotland, but if you look at the way he plays and his credentials, 100 per cent he can slot straight into that Liverpool team.

“He’d fit straight into the way they want to play. Liverpool play with two holding midfielders, Jordan Henderson being one of the them and, if he goes, John McGinn can be the other.

“He’s got the discipline to just sit and allow the attacking players to do their thing and allow the full-backs to get high, so I think it would be a good fit to get someone in of that stature to marshal just in front of the back-four.

“But, what I will add to that is Aston Villa are going for it as well. You see the signing of Buendia, so they’re probably saying, ‘listen guys, stick with us and we’re going to spend some money and give it a real go to try and break into the top six and European football this season’.”