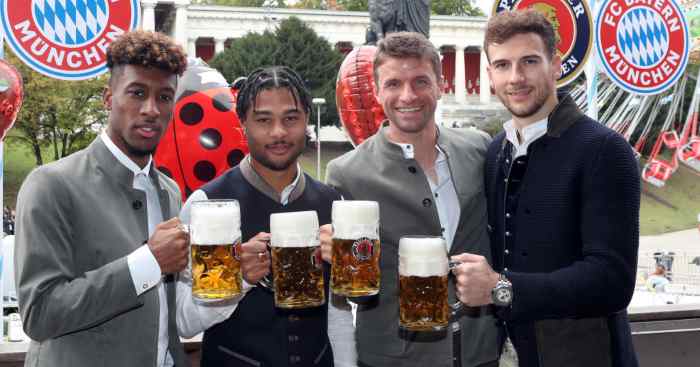 Muller has spent his entire professional playing career with the Bavarian giants having joined the club’s youth ranks at the age of 11 in 2000.

But the one-time World Cup golden boot winner has cut a frustrated figure this term as his playing time has been marginalised to just three Bundesliga starts under Bayern boss Niko Kovac.

That’s due, in the main, to the arrival of Philippe Coutinho on a season’s loan from Barcelona; the former Liverpool playmaker slotting straight into Kovac’s side and marginalising Muller in the process.

Earlier this week, German publication Kicker claimed the player was unhappy with his situation and was looking to move in January – and had a switch to the Premier League very much in his sights.

Manchester United, who tried to sign the player back in the days of Louis van Gaal, have been mentioned as obvious suitors, but German football expert Hatchard reckons a move to Anfield is very much a possibility.

“I think there is a genuine discomfort for Muller at the moment because he’s been on the bench for the last five games,” he told the Liverpool Echo’s Blood Red podcast.

“People go on about his goal output has dropped, but you look at the assists, he is still very much involved in a lot of the good stuff Bayern can do.

“He’s in a position he’s never really been in at Bayern which is somebody who is having to really scrap for a starting spot.

“The arrival of Coutinho has put him under pressure because Muller operates in that No.10 role. It’s probably the biggest challenge of Muller’s career.”

Hatchard added: “I still think he is a very, very good footballer and any top Premier League team would benefit from having him in the building.

“The fluid nature of it would appeal to Muller, without question because his movement is incredible.

“He’s so elusive, he picks up positions a lot of players simply don’t and I think he’d be a huge boost to Liverpool.

“I think Premier League clubs will be on alert.”