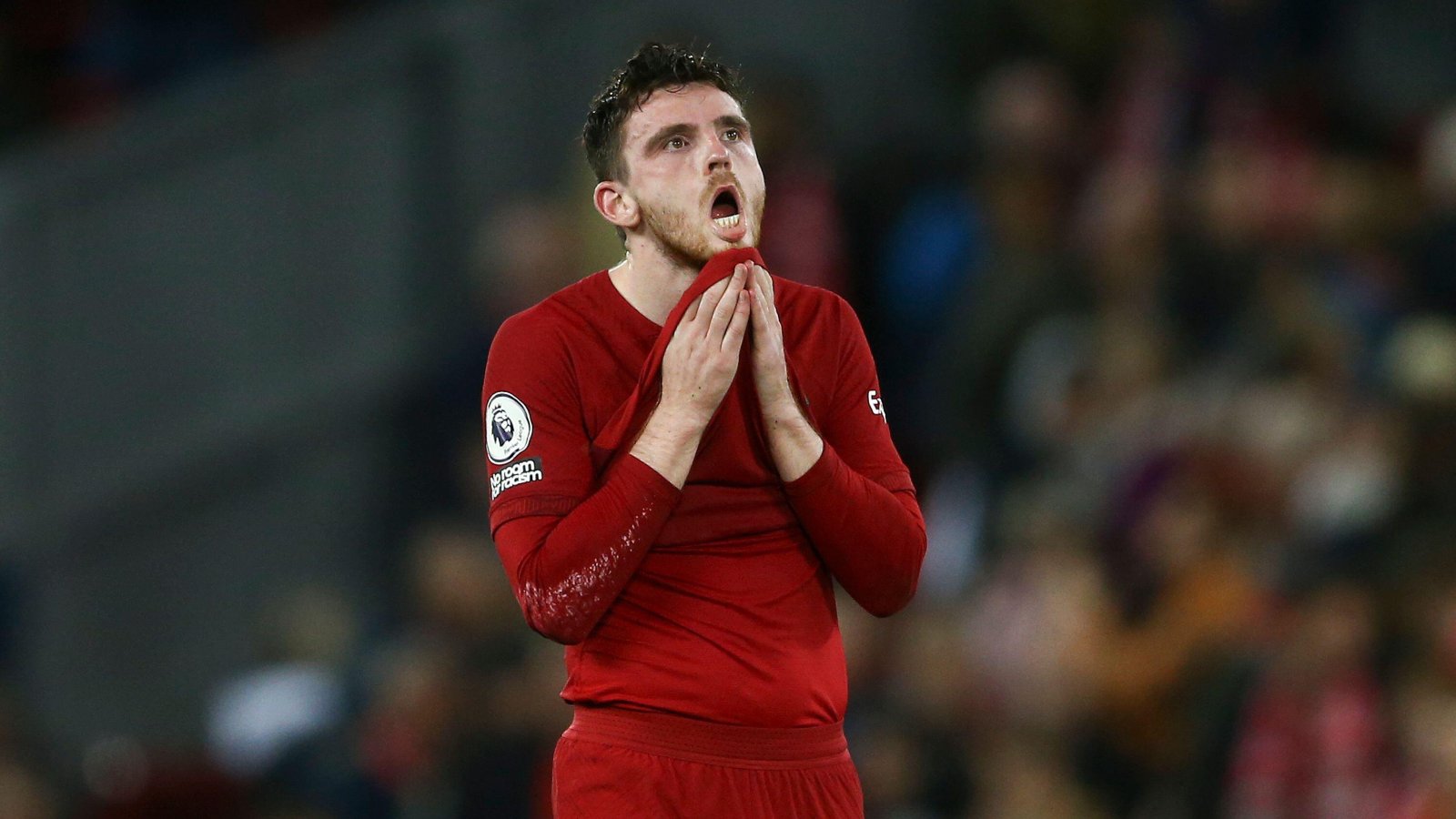 Maybe Liverpool are just tired of everyone rolling over for Man City? Plus more on Gary Neville’s HIGNFY appearance, Qatar World Cup and lots more…

I genuinely believe there are 9 teams that can finish top 4, Its not a Liverpool City slog fest again, relegation is still close and it just feels like any team, goes into any game thinking they can get something here.

I have some money on Brighton winning the league (albeit placing that bet before Potter left) but most recently I have not given up on that payday yet.

Loving Football at the moment, followed by crushed feelings whenever Liverpool play.
Nik (Spurs will be an interesting game), Munich

Gary Neville’s HIGNFY experience
First off, I saw Gary Neville post a really vulnerable video about his nerves before hosting Have I Got News For You and really appreciated his openness and vulnerability.

I think his awkward moment with Ian Hislop was a bit unfair on Gary and I wish he’d had time to consider his answer to Ian’s suggestion he not go to Qatar to make a point.

For Gary and others involved as players, coaches, the support structure around teams and pundits, the World Cup is the pinnacle of the sport and their attendance and competing is a right they are entitled to fulfill. This is their jobs, their careers.

Fans absolutely should boycott Qatar to make a point, but the players and the game deserves a tournament and that includes the cameramen and pundits who allow us all to watch the game we love.

Liverpool must be tired of everyone rolling over for City…
Watching as Fulham contrive to throw the game away in the last minute and am kinda glad we aren’t in the title race this year. Admist all the reasons being given for Liverpool’s struggles, could it be that they’re just tired of taking the fight to City solo while the opponents seem intent on rolling over for City?
Philip C

However it does open the door for Southgate to take another right back.
Neil, LFC, USA

Ha ha!
Can I just send out a big Nelson Muntz Ha Ha to the forest fans and players bemoaning VAR.

Not so funny now is it??

Chuckling away to league 1
Sara HTFC

Two systems for knockouts and another for the group stage…
Given that the knockout games will either be chess like or playing a superior team, England’s eleven will need a smidgeon of luck on top of some good flexibility.

Subs – going on into a losing position would appear to be lead by Foden and Rashford , if you already have Saka starting with Kane and Mount .

Though Rashford’s skills are against teams that will have more of the ball than England , having Bellingham Saka Kane and Mount in the team together would be a handful for any defense.

Presuming Walker doesn’t recover in time and that slabhead will always get picked , it now seems logical that Ben White should take Walker’s place and be picked in front of Trippier.

Perhaps there is scope for TAA to be a right wing back in the latter stages of the tournament playing with Ben White protecting him and playing balls in for the runs of a subbed on Rashford and Saka as well as Kane’s head .

The other places in the team look fixed . Pickford in top form, Shaw doing pretty well . Rice as our single defensive midfielder. Stones in a 3 with White and slabhead and our golden boy Jude Bellingham. Raheem may play in the easier group stage games but if he cannot find form then Southgate will have no choice but to replace him with Saka .So a team to overcome the Brazils/ Duetchlands / Spains/  Portugals and Hollands of these tournaments will have a trio of White Maguire Stones TAA Rice Shaw .

Bellingham linking Saka Mount / Foden and Kane with Rashford as the second sub option after Foden . There will undoubtedly be a difference between what I wish for and what Southgate will want to give us . Just hoping that , as the tournament progresses, Trippier ,Dier and Sterling will fall by the wayside for upgrades that could seriously change a losing position. If this World cup were being played in November in the Americas or Europe i’d have England down as my  favourites with a bit of luck and a following wind. As it is , if Duetchland can get a young striker to fire I see them winning in the Middle East .
Peter. Andalucia

To fact check his rant:

– Celtic won the European Cup, not the Champions League. Impressive as it was, Celtic had to navigate a whopping 4 rounds to reach the final.

– The Champions League is the one that started in 1992, where Rangers are represented by one of the eight stars on the logo and ball as one of the original eight teams to qualify.

– Thanks for bringing up Rangers worst ever group stage record. For balance did you add that celtic’s seven straight home losses in the group stage is also a record worst in the competition? No?

– Yes there are “levels in Scotland”, same as anywhere else. One is the world’s most successful football club. The other’s obsessed with The Rangers.

– Finally, thanks for bringing up Rangers being under the microscope of UEFA sustainability rules. For balance, did you make mention of Celtic’s ongoing legal case? No?

But nobody is boycotting?
Read Andy Bollen’s article on the migrant deaths in Qatar, and I had to suppress my tears. Saddening doesn’t qualify it. It’s a story that inspires grief, and I’m really sorry for the families of the migrants who will never get to see their loved ones again. All for what, a ridiculous whimsical wish of hosting the World Cup (in Winter!) Money does answer everything.

But we should address the elephant in the room, which is the fact that no country and no player is speaking about boycotting the tournament, not to mention actually doing it. All like zombies, attracted to the spectacle. I guess that’s what made players like Socrates and Cruyff stand out. They had minds of their own and were not afraid to speak. They certainly would have said something about all this, even if they did eventually go, and most probably continued the pointed criticism both on and off the pitch.

Brings to mind the murder assassination of the journalist Jamal Kashoggi of Saudi Arabia. These countries really need stopping, and sports is one major way to get at them. The UK put pressure on the Russians in British sports, surely something similar can be done again.

There should be a boycott (or major talk of it). Escalate the issue, leave them scrambling (Fifa and their cohorts), but nobody is saying a word. (Are we all zombies now?)
Iyanu, Lagos Nigeria

To answer Paul’s mail from yesterday. Yes I’m excited about the World Cup (with reservations). Yes I’ll be watching. As much as I can. No, I won’t be boycotting.

Let’s be clear. I didn’t want the World Cup to be in Qatar. The idea is utterly absurd. It just makes no sense for it to be there. All bar one of the stadiums are within 20Km of Doha.It’s population is smaller than that of Wales. Clearly it was a host chosen purely through bribery and corruption. Their human rights record is appalling. It just simply shouldn’t be there.

So why am I excited? Because it’s sport. And the location of the tournament doesn’t affect the fact that the best footballers in the world will be representing their countries to try and win the ultimate prize in football.  I want to see that, It’s not their fault that a ludicrous host country has been chosen and I want to see how their fortunes play out.

People still talk about Usain Bolt’s incredible Olympics in 2008. Or Chis Hoy’s amazing 3 gold medals. They don’t diminish those achievements because it took place in China, a country with a human rights record at least as bad as Qatar. In 2018 the whole of England united around the team as they battled to the semi-finals. They didn’t boycott the tournament because it was held in Russia, who not only had invaded Crimea 4 years previously, but had used chemical weapons in the UK 4 months before the tournament started!

Sport is often seen as the moral arbiter of our times. Sportsmen and women must make bold statements or protest, or boycott or their somehow letting the side down. Anthony Joshua is criticised for fighting in Saudi Arabia, a country that the UK government sells billions of pounds of arms to . Somehow it is his responsibility to stand up against the regime. It should not be on sportsmen to change the world.

My main issue with the idea of a boycott of Qatar though is where are you stopping? Presumably if you boycott the World Cup, you will also never fly Qatar Airways? Or Ethiad or Emirates? You’ll presumably boycott Man City games? And Arsenal games? And Newcastle for that matter. You won’t buy anything made in China and you’ll scan the packaging of all food you buy to ensure the regime fits in with your moral standard.

Because honestly, if you look at all the countries around the world, and the actions of various governments, your only response is to not watch one World Cup? That is just utterly absurd and nothing more than virtue signaling.

I don’t like the regime in Qatar. But for all the sportswashing efforts, hosting the World Cup has caused them more negative publicity than they would have ever received had they not held it. And that’s what we need to do. Raise the issues that need to be raised. Discuss the conditions that exist there. Read the work of top quality journalists and their exposes. But turning off the TV in protest when you happily watched the events of 4 years ago is a contradiction that makes absolutely no sense.
Mike, LFC, London