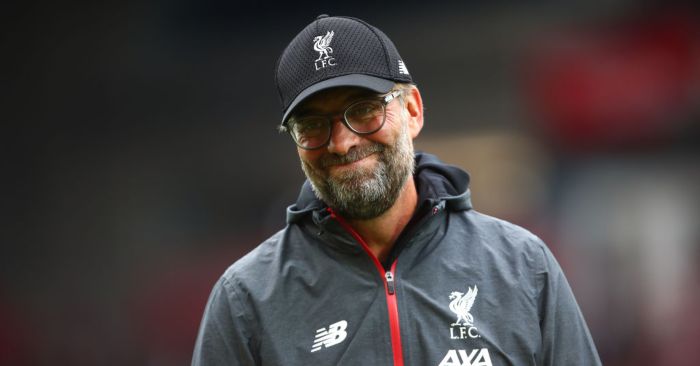 Elephant in the Roon
You would think that death threats to Rebekah Vardy and her children – unborn included – followed by a police visit to her home would be enough for The PressThe Sun to confirm that she was not the individual responsible for the leaks from Coleen Rooney’s private Instagram account, if that is indeed the case. But no: there is far too much mileage in this story to remove the intrigue and mystique.

So after Thursday’s quite laughable coverage comes these offerings on Friday:

‘Jamie Vardy offers public support to wife Rebekah amid Coleen Rooney spat’ – he liked his wife’s tweet. Because he’s not a f***ing idiot.

‘Rebekah Vardy vows to find mole who ‘leaked’ stories from Coleen Rooney’s Instagram – but will NEVER publicly ID them’ – an exclusive in which ‘a source’ tells The Sun that Vardy ‘is determined to prove her innocence,’ is ‘waiting on the results from the forensic investigation’ and ‘has a thick skin and is used to be a victim of trolling but she fears deeply for the person who did it and how they would cope if they were identified’. Who could possibly know such information?

‘Is Rebekah Vardy pregnant, when is her baby due and how many children does she have?’ – which contains, surprisingly enough, the exact same answers when it was published on Wednesday as it did when it was re-published two days later.

‘Coleen Rooney vs Rebekah Vardy takes a shock twist as Katie Price and Kris Boyson reunite’ – in which sharks are jumped.

So either The Sun don’t particularly mind that a pregnant mother has been sent death threats over something she claims not to have done and that only they could corroborate, because they’re too busy shoehorning Katie Price into headlines. Or…

Cynic appointments
Forgive Mediawatch for being a little cynical – surely not?! – but The Secret Wag has her column published weekly in The Sun on Sunday. And the latest edition was headlined with a dig at ‘desperate’ and ’embarrassing’ Danielle Lloyd, who ‘had been linked to enough players to start her own First XI’.

On an unrelated note:

Danielle Lloyd making false claims on @thismorning that we have had ‘similar run-ins’ is utter bollocks. She is just fuming that I ‘didn’t get Jamie recruiting’ for her like she asked me to…

It sure would be worthwhile for The Sun to keep this story bubbling over until ‘The Secret Wag’ makes some stunning revelations on Sunday, wouldn’t it?

‘IF Pep Guardiola really believes Phil Foden is worth 500million euros, the teenager would be playing every week.’

‘Pep is operating on a narrow bandwidth, veering from calling Foden the “most talented player” he has ever seen to putting that unhelpful price-tag on his head.

‘You have to wonder what all these statements are doing to a kid who only turned 19 in May.’

Probably making him feel quite good. One of the greatest managers in the history of the sport is clearly rather fond of him and he’s not long passed his GCSEs.

To reiterate: Sergio Busquets had not played a single minute of senior football by the end of the season in which he turned 20; Thiago had played 1,118, starting 11 times; Foden – with eight months in hand – has more starts (14) and minutes (1,461) than both combined at the same stage.

He’s doing fine. But Ashton is not having it. So within the space of three paragraphs, we get this:

‘Confused? He’s entitled to be. Usually, it is the media who are accused of puffing up players with lazy or inaccurate assessments.

‘Foden is clearly gifted but the talent bar at Manchester City has been raised to exceptionally high levels.

‘Even so, Pep has made the jigsaw fit before. When promoted to coach Barcelona’s first team, he inherited the blessed talents of Lionel Messi.’

The poor media, ‘accused of puffing up players with lazy or inaccurate assessments’. Then literally bringing up Lionel Messi to argue that Guardiola should be playing a 19-year-old midfielder more.

‘Guardiola instantly took to the playmaker. He encouraged and nurtured him, giving Messi the platform to eventually emulate, then overtake Ronaldinho.

Absolutely. All you need is one of the single greatest footballers ever, a striker who was 21, had already played 110 games for Barcelona and been capped numerous times by Argentina by the time Guardiola was even appointed. That is exactly the same as a teenage midfield youth international.

‘Pep is obviously protective of Foden but to live up to that world-record transfer valuation, he needs to play. Now that would be priceless.’

And he will play. He is a teenager for eight more months. It is October. Manchester City will soon finding themselves playing more games, thus their players will too. And come back to us next season when David Silva has left to see just how ‘confused’ Foden looks then. Seems like a pretty clear path.

Bag for life
Mediawatch would like to pretend Sky Sports stitched Chris Kirkland up by asking whether he thought the Premier League title was “in the bag” for Liverpool, but the club’s former goalkeeper deserves no such reprieve. “I honestly do think it is,” his answer began.

“Last year was so unlucky. People say losing by one point was devastating, I would rather have lost by one point than be 15, 16 points behind City still.

“I think with City’s injury problems they’ve got at the back, Laporte is a huge miss, Vincent Kompany is a massive miss for them. At the back you can get at them.

“When we play them, if we can take points off them then all of a sudden you’re talking double figures.”

Fair enough. All good so far.

“Can you see us losing four or five games this season? Not the way we’re playing.”

Well everyone saw you lose just one last season and you squandered a similar lead, albeit one you held later in the season. Losses didn’t hurt Liverpool in 2018/19; draws did.

“We’ve still got to play City twice, I can’t see us not scoring against them. So if we take four points off them, that’s 12 points [the gap].”

“We’ve got to lose four or five games – would you say we’d do that, at the minute? You’d be a brave man to say we would do, lose all those games.”

Again, you don’t. Liverpool missed out on the title last season and lost just one game. You’d be a brave man to ignore the possibility of dropping points through drawing.

“But, as Jurgen says, one game at a time, that’s all we can take care of. But things are certainly looking [better] than they have done for the past 30-odd years.”

That’s not what “in the bag” means, Chris.

Pep talk
‘Guardiola taught Aguero how to play his style of football over dinner as Man City fans feared striker would be sold’ – The Sun headline.

‘MANCHESTER  CITY  fans feared the worst when photos emerged of their hero Sergio Aguero locked in talks with Pep Guardiola back in January 2017’ – The Sun’s first paragraph.

Those silly Manchester City fans, thinking that Aguero was going to leave just because he had a conversation with Guardiola. How could they be so fickle and naive?

Of course, we would have to ignore this Sun exclusive from January 20, 2017:

…in which we were told that Guardiola ‘will sensationally’ let Aguero leave as the ‘ruthless’ manager was ‘ready to cut ties and cash in on the prolific striker’.

Quite why that is the headline statistic is a mystery, mind, when they use a graphic that shows Jose Mourinho picked up four more points in the same time.

Still, how about that bloody defence?!

Obvious headline (and biggest misuse of capitalisation) of the day
‘Unai Emery’s job is at risk if he misses Champions League as Arsenal chiefs tell boss he’s EXPECTED to deliver a return to Europe’s top table after £152m spree’ – Daily Mail.

Recommended reading of the day
Lukas Vrablik on Patrick Schick.

All of the people on Ed Woodward. (£)