Home Mediawatch Liverpool to win the title at QPR? It’s AN idea… 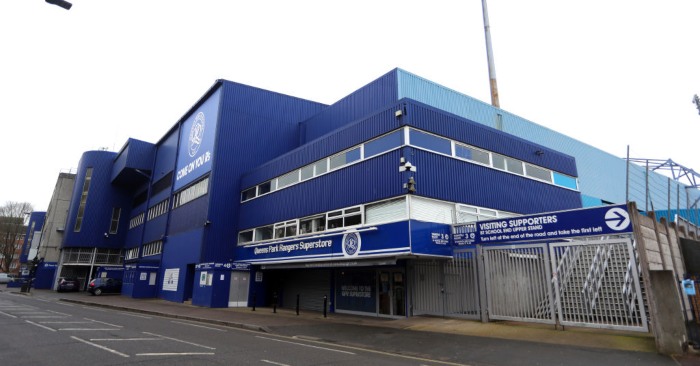 Stan Collymore has an idea. And it’s a rotten idea…

A c***ing plan
On Saturday, Premier League chief executive Richard Masters ‘confirmed that the Premier League are still keen to finish the season on a home and away basis’; we know this because we read it in the Daily Mirror.

So quite why on Tuesday, Mirror columnist Stan Collymore decided to write that he would like to see ‘our clubs ditching their home grounds for the last 92 games of the 2019-20 season in favour of neutral venues borrowed from teams in the EFL’ is unclear. It’s like suggesting that they should suddenly play with tennis balls instead.

Collymore argues that stadiums like Loftus Road (where he ‘took part in the Game 4 Grenfell alongside Jose Mourinho, Alan Shearer and Les Ferdinand’ – triple clang) have ‘four stands that are close to the pitch and dugouts right next to the touchline’, unlike all those Premier League grounds with dugouts in the car park.

‘Without supporters in stadiums, I’m going to want to hear everything that is being said on the pitch.

‘And, ‘Harry, in here, he’s your man’ – listening to the way players talk to each other will make up for what’s being lost with no fans.’

1) Broadcasters will not knowingly allow swear words to be transmitted whether the game is being played at Anfield or Bloomfield Road. They frown on that kind of thing.

2) Microphones will surely pick up conversation if placed around the perimeter of a pitch, regardless of the closeness of the stands.

And then we have this:

‘At grounds such as Loftus Road, camera operators would be able to get up close and personal with players and because of the fixed-camera positions they wouldn’t all just look like dots.’

Sorry, what? Has Stan been watching Premier League football all these years and thinking that the players look like ‘dots’?

But it’s Stan’s final line that leaves us truly aghast:

‘On top of all that, playing at these grounds would take away the ‘home’ advantage argument and tick all the boxes.’

Cuddly toys
Stan Collymore also takes the time to write that Philippe Coutinho will ‘fit in well at the Emirates with the rest of the nice, soft and cuddly Gunners, who have less bite than my 89-year-old Mam with her teeth out’.

Is that the same Gunners who have picked up more yellow and red cards than any other Premier League team this season, Stan?

Cummings and goings
High fives to the bods at The Sun website, who looked at Dave Kidd’s 828-word piece on sport being threatened by new quarantine laws that should have been in place before lockdown and wondered how the could sell such non-clickbait.

On a serious note, we do applaud Dave Kidd (who previously worked for the Daily Mirror, lest we forget) for referring to Cummings as a ‘dressdown Rasputin’, when the official Sun line is that he ‘has emerged triumphant – leaving his political enemies and media critics floundering’.

Even those ‘media critics’ who work for your own newspaper, Trevor?

All for one and one for all
The back page of the Mirror trumpets that ‘Players are ALL pulling in same direction’, which is a really misleading headline to use – accompanied by an image of Troy Deeney – unless you have spoken to ALL the players, which is obviously impossible.

It’s particularly odd as John Cross writes on the inside pages that Deeney is ‘against a resumption’ while noting that N’Golo Kante has been given permission to miss training. What his story actually says is that all Premier League clubs are likely to vote in favour of a move to phase two of training on Wednesday. Was that ever really in doubt?

So shouldn’t the back-page headline have read that the ‘Clubs are ALL pulling in the same direction’? But perhaps that would not have had the desired effect of putting pressure on Deeney et al to conform…

Spy Game
The back page of the Daily Mail brings us the ‘news’ that ‘The Premier League’s snoop squad was on the prowl yesterday’.

A ‘snoop squad’ with an appointment, which seems important.

Other ‘snoop squads’ include Ofsted, food safety officers and the entirety of the police force.

Prepare to resume
Elsewhere, The Sun are making it increasingly obvious that they need Premier League football back. They are giddy at the thought.

So giddy that they are getting a tad ahead of themselves with this headline:

Can you ‘prepare to resume’ something on Monday that might happen on Thursday if clubs vote that way on Wednesday?

Sex sells
On second thoughts, perhaps the talk of ‘close-contact training’ is just designed to arouse their readers as The Sun have clearly decided what turns on the masses…

As the latter is the ‘MOST READ IN FOOTBALL’, they have clearly nailed this, though we do have to query the use of the word ‘READ’.

Target practice
When Bruno Fernandes did a lockdown Q&A with the Manchester United official website, he mentioned the Michael Jordan documentary that everyone is watching on Netflix.

‘I like the new one from Michael Jordan [The Last Dance]. I think every sport person will like to know the past of Michael Jordan and I think it must be really nice to be one of the best sports teams in the world.’

And if you are Neil Custis of The Sun, this is what you take from that banal sentence:

‘BRUNO FERNANDES has been learning from a legend in lockdown as he targets being Manchester United’s MVP.’

Yes. That’s definitely what he said.