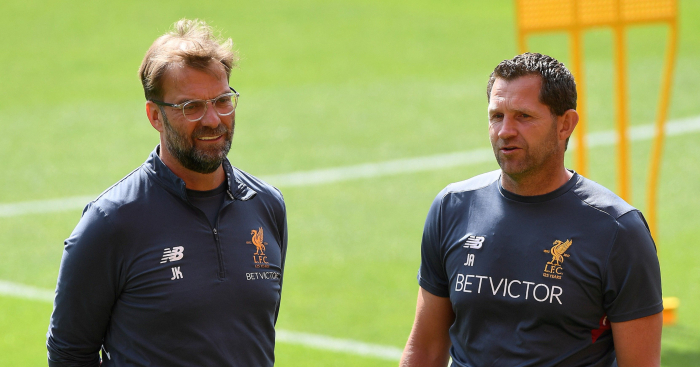 Jurgen Klopp is planning to add another member to his Liverpool goalkeeper coaching team.

Achterberg is overseeing the appointment as current first-team goalkeeping coach, as he ‘has recognised’ that training five goalkeepers all at once ‘means he cannot give them all enough time’.

The oft-criticised Dutchman would continue to work with first-team keepers Alisson and Simon Mignolet, while Robinson would be expected to hone the talents of 19-year-olds Kamil Grabara and Caoimhin Kelleher.

He is currently tied to the FA in his role as national goalkeeping coach for the U15 to U17 sides. He was part of the latter’s successful World Cup-winning set-up.