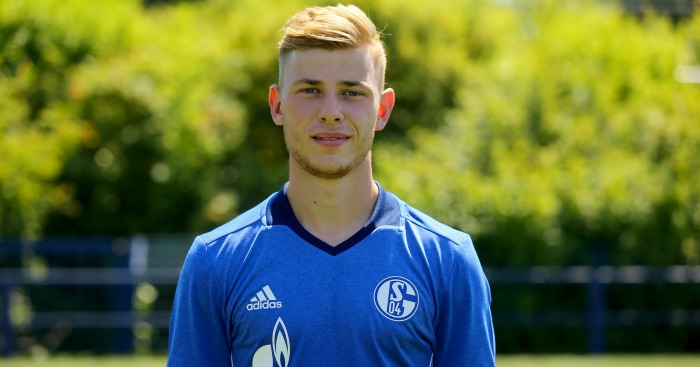 Having dropped out of the first team at the end of last season, Everton have decided that this is the time to cash in on the central defender. Manchester City are waiting with a massive wad of cash.

The Daily Mirror report that Everton have stuck to their valuation of £50m for Stones. City originally didn’t want to know at that price, but have relaxed that approach. Hey, it’s only money!

LIVERPOOL TO BID £28M FOR MEYER
Off to Germany now, and claims that Liverpool are interested in Schalke starlet max Meyer for a fee of £28m. Those claims are from Sport Bild.

Meyer came onto the scene with a bang in 2014, winning his only international cap for Germany at the age of 18. He’s still just 20, and has played 125 times for Schalke, including 25 matches in Europe.

That’s 20 players for six positions, and we haven’t even come onto a bright crop of young players.

FABINHO TO MAN UNITED. AGAIN
The name of Fabinho just won’t go away in this transfer window. Despite Jose Mourinho saying that he was targeting four positions and had already sorted three (with Paul Pogba hopefully to come), The Sun continue to claim that the Monaco right-back is on his way.

The story is by Lee Astley, who is another of those Sun online guys who seems to get all the exclusives but nothing in the actual newspaper. Weird, eh?

Astley reports that Manchester United will bid £25m for Fabinho, but then goes on to talk about Pogba for most of the story. We’ll be surprised if it happens, but funnier things have.

AND THE REST
West Brom have made a £7m bid for Brighton defender Lewis Dunk… West Brom defender Jonny Evans is being targeted by Bournemouth… Ross McCormack wants out of Fulham with Norwich, Newcastle and Aston Villa all lining up a £13m bid… Chelsea have reportedly tabled a £41.5m bid for Paris Saint-Germain star Edinson Cavani… Galatasaray are interested in signing Liverpool midfielder Lucas Leiva, according to club director Levent Nazifoglu… Juventus have drawn up a shortlist of players to replace Paul Pogba which includes Nemanja Matic of Chelsea and Moussa Sissoko at Newcastle… Cameroon international Alex Song has joined Russian outfit Rubin Kazan from Spanish giants Barcelona on an expected one-year loan deal… Crystal Palace have bid £20m plus add-ons for West Brom striker Saido Berahino.