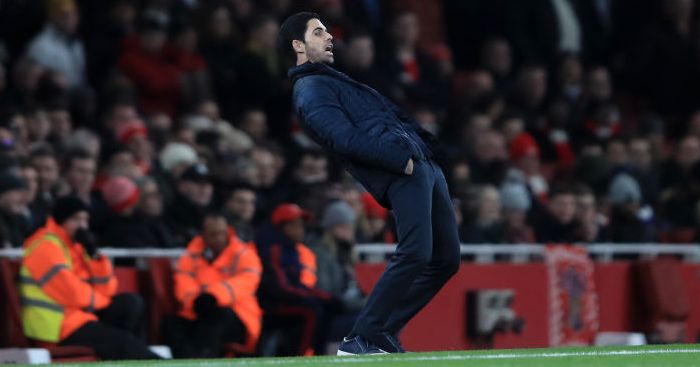 Sheffield United v West Ham
Looking at their squad, man for man, I genuinely can’t explain how Sheffield United are eighth in the Premier League in the same way I can’t explain how EasyJet can fly me to Poland for £11.99 but a taxi from Newcastle to Hartlepool at 4am in the morning costs 90 sovs. West Ham are doing OK, though, after the second coming of the Moyesiah. And 10/11 that they don’t lose at Bramall Lane looks good.

Crystal Palace v Arsenal
Palace are ninth in the table (above Arsenal) and have lost just one of their last eight league games. Yet they are 3/1 at home against one of the most erratic teams in English football. In the immortal words of Barry Davies ‘…interesting … very interesting!…’

Chelsea v Burnley
So how’s 2020 treating you? My plan this year was to eat healthier, gamble less, drink less and save money. I’m 0-4 so far but hopefully just warming up. This fixture has been soaked in goals in recent seasons. Soaked! Indeed, in the reverse fixture at Turf Moor on 26 October, the Blues won 4-2 thanks to that ‘perfect’ hat-trick from Christian Pulisic and one goal from Willian. Both teams to score is 11/10 looks a cracking shout.

Leicester City v Southampton
The Foxes – who beat Southampton 9-0 not so many moons ago – should have too much quality here. That said, the Saints are improving and with Danny Ings up front can at least grab a consolation at the King Power. Jamie Vardy is still on course for a tilt at breaking Mohamed Salah’s Premier League goalscoring record this season and Big Vards could be getting a call from Gareth Southgate soon enquiring about his summer plans after the recent news of Harry Kane needing to go under the knife.

Manchester United v Norwich City
The Red Devils are without a clean sheet at home since the middle of September but can you even imagine the absolute hell if they lost this, hot on the heels of that sh**show against Manchester City in midweek? The away win is a 7/1 poke but Norwich are not without hope when you consider Ole’s mob have lost three of their last five matches against teams starting the day in the relegation zone. Marcus Rashford grabbed a goal and an assist in a 3-1 win at Norwich in October so anyone who hasn’t got the cojones to back Norwich could do worse than nibbling him to score first.

Wolves v Newcastle United
I’ve been troubled this week. Obviously Australia basically being on fire and World War III being announced hasn’t helped but what really got me is this: if the plural of mouse is ‘mice’, why isn’t the plural of house ‘hice’? Both of these teams have hit a sticky patch but I fancy Wolves’ superior guile and ring craft here.

Tottenham v Liverpool
Spurs have suffered a hammer blow after the club said Harry Kane needs surgery on a hamstring injury. It will be interesting to see how Jose Mourinho responds in terms of the transfer market as will he really trust Messrs Son and Moura up top for the rest of the season? The club are crying out for a top-class defender too and have kept just two clean sheets this season, which is crazy when you consider that Mourinho is at the wheel. Liverpool – unbeaten in 37 Premier League matches now – just look a cut above and can record a fifth straight win against Tottenham on Saturday night.

Bournemouth v Watford
Seven of the nine Premier League meetings between these sides have finished level. That’s an amazing stat. As is the fact that 75% of women have admitted to peeing in the shower. The Cherries have slipped into the relegation mix and just won’t want to lose here so backing another draw could be the play.