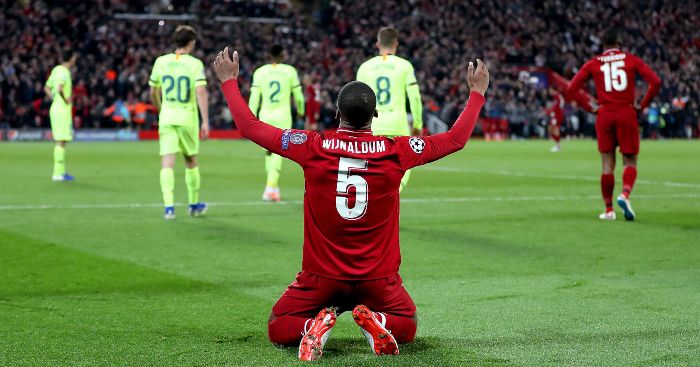 Liverpool midfielder Georginio Wijnaldum’s contract expires this summer, and the club have plans in place to replace him, according to reports.

The midfielder joined the Reds from Newcastle United ahead of the 2016/17 season. He signed for an initial fee of around £23m.

His game has moved to the next level under Jurgen Klopp and he has played an integral role for them ever since he signed.

READ MORE: Henry, Rooney, Kompany and other Lampards In Waiting

Wijnaldum made 30-plus appearances in the Premier League in his first four seasons at Anfield. He has also played 19 times in the league this term.

In four-and-a-half years, he has made over 200 appearances. He has helped them lift the Champions League and Premier League.

The 30-year-old’s contract with Liverpool expires at the end of the season. He looks set to leave the club this summer.

Wijnaldum is expected to join Barcelona ahead of the 2021/22 season to link up with his compatriot Ronald Koeman.

The report adds that the Premier League champions will make a final decision on who to go for in April. In an interview with Anfield Watch, Romano suggested that Bissmouna is “appreciated as a player” by Liverpool. But they have a better chance of signing Sanches with Lille hoping to raise funds for signings of their own.