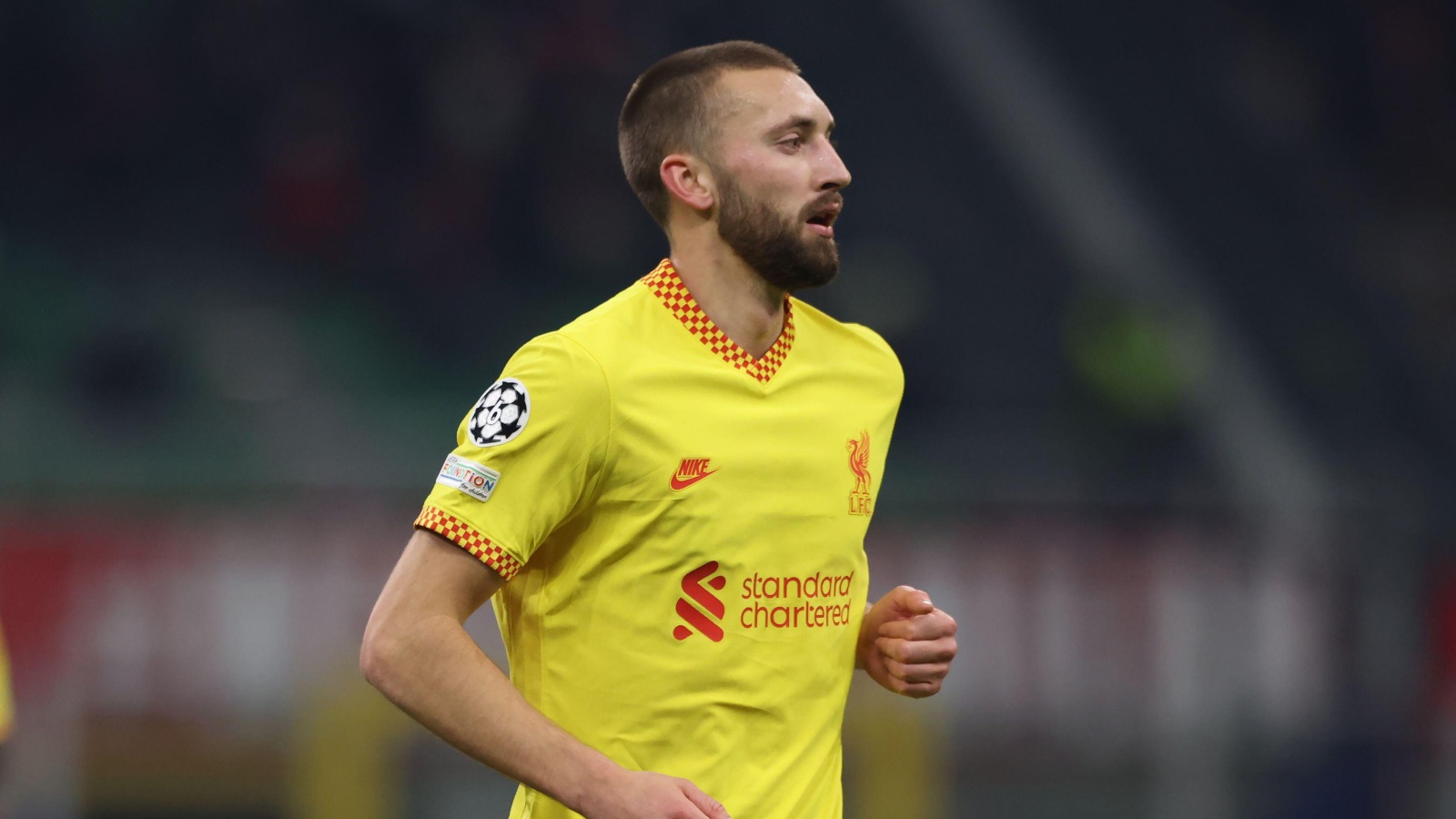 Liverpool will demand £15million from Bournemouth to make the loan signing of Nathaniel Phillips permanent this summer.

The 25-year-old joined the Cherries in January and was key part in their promotion push towards the back end of the season.

Phillips made 17 appearances in the Championship under Scott Parker and there is reportedly interest in making his loan deal permanent this summer.

However, he won’t be available on the cheap with The Sun reporting that Liverpool will accept no less that £15 million for the Bolton-born defender.

Bournemouth should have money to spend this summer after gaining promotion back to the Premier League at the second time of asking but whether they deem £15m on Phillips to be good business remains to be seen.

Phillips has become a cult hero at Anfield in the last year as he stepped up in the absence of Virgil van Dijk, Joe Gomez and Joel Matip, who all missed large chunks of the season with injury.

The 25-year-old, alongside the fellow inexperienced Rhys Williams, played a crucial role in helping Liverpool secure Champions League football for this season with a top four finish.

Nat Phillips on the way to watch the Reds in Paris 👊 pic.twitter.com/adqW38svJ7

Speaking on RTE, the German said: “I think sometimes you’ve got to freshen things up because this group of players have been together for a long time and they’ve done exceptional things.

“But what I’m saying is, you go away from the camp tomorrow, you’ve played the season of your lives and you end up with two domestic cups and the two biggest prizes you haven’t won.

“Now psychologically you come back next season and the lads might be thinking, ‘What do we have to do to win the Premier League or the Champions League because we couldn’t have done any more than we did this season?’

“And you may lose one of your best players or two of the best players (Sadio Mane and Mo Salah) so I think psychologically for the manager, it’s a huge, huge job.