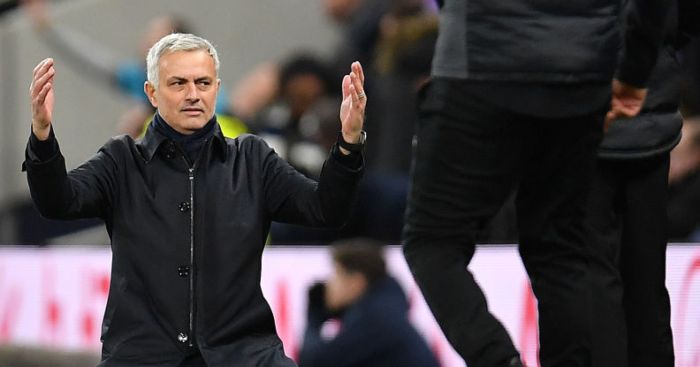 Watford v Tottenham
The Hornets have been absolutely flying under Nigel Pearson and really should have beaten Bournemouth by more than three goals last weekend. Having their FA Cup third-round replay against Tranmere called off in midweek won’t hurt their cause here either and I reckon they look good things to beat a Spurs side who have won just two of their 11 away matches in the league this season.

Arsenal v Sheffield United
The Gunners will be desperate for a win here but there is surely no value in punting them at odds on, especially with Pierre-Emerick Aubameyang suspended. The Blades are looking to complete a historic league double over the Gunners and might be good enough to hang on for a point in north London. Also is it me or are things getting a bit trippy in TV land over the Royal Family? Nicholas Witchell on the Ten O’Clock News referencing Prince Harry, the Stone Roses and rugby league in the same sentence is something I never thought I would hear.

Brighton v Aston Villa
Huge game for both teams but especially Villa, who have lost eight of their 11 Premier League matches this season. Boss Dean Smith insists he is not on the brink but he is as short as 5/2 now to be the next Premier League manager to leave his post. Jack Grealish aside the team are seriously lacking in terms of creativity and losing Wesley is another negative for them. Grealish can’t do it alone but Villa really do look like a septic barrel of nothing up front at the minute.

Manchester City v Crystal Palace
The Citizens might have blown the league but few can deny they are this season’s entertainers, having scored an astonishing 62 goals so far. Palace won this fixture 3-2 last season and while we are not anticipating a similar result there should be goals so backing ‘Over 4.5’ at 7/4 looks decent.

Norwich City v Bournemouth
Two sides who are odds on for the drop and Norwich in particular look to be staring relegation squaring in the kipper. Overs looks a lock here with five of the last seven meetings between the teams producing at least three goals. It could be an entertaining game and I am going to roll the dice and have a bet on Emi Buendia to score first. The Argentine schemer has been a creative revelation in his first Premier League season and looks too big at 12s to score first against a Cherries defence who have been leaking goals of late.

Southampton v Wolves
Saints have taken 13 points from their last five matches and know a win would take them level with Wolves, who are in 7th. Only Liverpool (30) and Manchester City (22) have won more points over their last ten Premier League matches than Southampton who look worth a dabble against a misfiring Wolves.

West Ham v Everton
The Hammers have won only one of their last seven home matches so don’t rule out a cheeky 1-0 win for the Toffees here, with Carlo Ancelotti fist-pumping into the London night air in a flasher’s mac afterwards while screaming “Che Palle! Che Palle!”

Newcastle United v Chelsea
The Magpies have been ravaged by a ridiculous injury list in recent weeks and look vulnerable here. The Blues enjoy facing the Geordies and a victory for Frank Lampard’s men would be Chelsea’s seventh in their last eight matches against the Mags. Tammy Abraham has 13 goals in 21 league matches so far and can draw first blood on Tyneside.

Burnley v Leicester City
Burnley have lost their last four while Leicester are targeting a third straight away win. The Foxes can complete a routine league double over the Clarets and apologise to odds on backers after their frankly f**king horrendous, coupon-busting ‘performance’ against Southampton last time out.

Liverpool v Manchester United
At bigger than 7/1 the Red Devils are the biggest price they have ever been to beat Liverpool in the Premier League era this weekend. Is the balance of power between English football’s two heavyweights shifting? According to Deloitte’s Football Money League Manchester United are said to be “at risk of losing the position as the Premier League’s highest revenue generating club for the first time” next season. Even in the last few barren years United always seem to raise their game when they face Liverpool, with the Red Devils having lost just one of the last eight meetings between the teams. They are the only team to take points off Jurgen Klopp’s side this season but all signs point to a home win here, and don’t be surprised if Liverpool make it seven clean sheets in a row.

Betting: Liverpool to win to nil at 5/4 (Paddy Power)