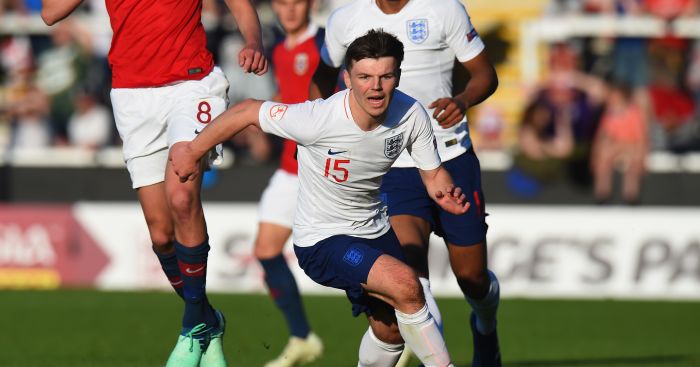 Liverpool are ready to offer highly-rated youngster Bobby Duncan a new deal amid interest in his services, according to reports.

Duncan, who is the cousin of Steven Gerrard, only arrived at Anfield from Manchester City over the summer but has impressed in his short time on Merseyside and has even trained with Jurgen Klopp’s first team.

The England youth star has scored 10 goals for Liverpool’s academy side this season and his performances have not gone unnoticed abroad with Bayern Munich and RB Leipzig interested in his services, as reported by the Daily Mail last week.

A number of English football’s brightest talents have moved to Germany in recent seasons in an attempt to get regular first team football.

Jadon Sancho left Manchester City for Borussia Dortmund and has since made his debut for England, while Arsenal’s Reiss Nelson is on loan at Hoffenheim and is also said to be close Gareth Southgate’s squad following a successful start to life in Germany.

And now The Times claim that Liverpool have sat up and taken notice of the interest from the German giants and are willing to offer Duncan a new and improved contract.