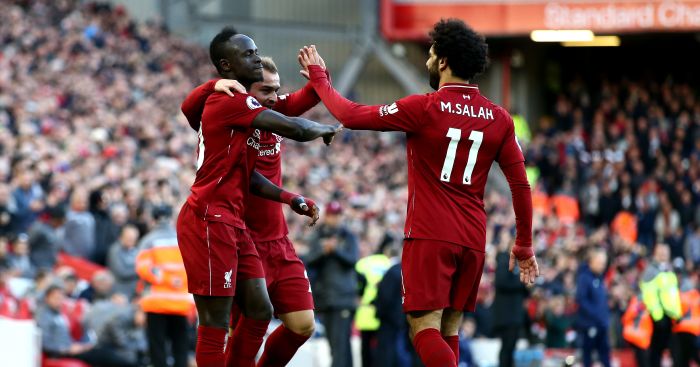 Cardiff City v Brighton
We may only be into November but it’s already looking ominous for Cardiff, who have just not been able to grind out results at home. Brighton are clearly a different animal on home soil themselves but might be worth a flutter here to bag a rare away win at around the 2/1 mark due to Cardiff being such mingers.
Betting: Brighton to win at 41/20 (888 Sport)

Huddersfield Town v West Ham
The Terriers claimed their first home win of the season in a stinker against Fulham on Monday evening. The game was so bad I switched it over to watch the final ever episode of Big Brother, which was humanely put out of its misery soon after by Channel 5. What’s the difference between Big Brother and Celebrity Big Brother? F**k all.
Betting: West Ham to win to nil at 5/2 (bet365)

Leicester City v Burnley
It promises to be another emotional occasion for Leicester who play their first home game since the death of Thai owner Vichai Srivaddhanaprabha and four others in a helicopter crash just outside of the ground. In such circumstances one would suggest the result will be of secondary importance to the hosts, who will be without influential pair Harry Maguire and James Maddison. Burnley are really struggling, particularly at the back, with Fulham the only side who have a worse defensive record in the Premier League. The Foxes should win, but look plenty short at 1/2 in such testing circumstances and they will definitely miss Maddison, who has been a revelation for them this season.
Betting: Draw and both teams to score at 9/2 (bet365)

Newcastle United v Bournemouth
Newcastle claimed a first win of the season against Watford last weekend but rode their luck outrageously at times. And they look up against it again here against an in-form Cherries outfit. Jamaal Lascelles, Jonjo Shelvey and Yoshinori Muto are all doubts for the hosts, who have lost both of their Premier League matches against Bournemouth at St James’ Park. Indeed the Toon’s last home league win against the Cherries was in February 1990 in the old Division One, a time when Get Up (Before the Night is Over) by Technotronic featuring Ya Kid K was doing bits in the charts. Pump it, stomp it, jam, trip on this? Hmmmmm. Enduring image. Anyway Bournemouth – who have scored seven goals in their last two away games – are the bet here.
Betting: Bournemouth to win to nil at 7/2 (bet365)

Southampton v Watford
Saints are without a win in their last seven league matches and took an absolute pasting last time out against Manchester City. Mark Hughes will be under real pressure if they fall to another defeat, and even though I was f**king seething with Watford’s profligacy in front of goal against a clearly s**t Newcastle last Saturday, I may well give them another chance here. For we must always remember, a cat in mittens cannot catch mice.
Betting: Watford to win at 21/10 (bet365)

Crystal Palace v Tottenham
Tough game this for Spurs, who left it all out on the pitch (a very bobbly, churned up pitch full of NFL markings) against PSV in the week. Palace didn’t have any midweek obligations, should be fresh, and showed against Arsenal they are no divvies on home soil.
Betting: Draw at 29/10 (Betfair Sportsbook)

Liverpool v Fulham
Jurgen Klopp’s side have hit 21 goals in just 11 matches and have scored a dozen of those goals at Anfield. Fulham have been a shambles of late and the Reds really could run up a cricket score here.
Betting: Liverpool to win 6-0 at 20/1 (bet365)

Chelsea v Everton
Chelsea quietly slipped into second spot after beating Palace last weekend but can still be punted at 12/1 to win the league. The Londoners remain unbeaten in the Premier League this term and should be too hot for the tricky Toffees. A fit again Eden Hazard and rejuvenated Alvaro Morata should be able to exploit an Everton backline that have only kept two clean sheets all season.
Betting: Chelsea to win and both teams to score at 7/4 (888 Sport)

Arsenal v Wolves
Arsenal’s inability to beat Sporting Lisbon cost a mate of mine 1400 in cold cheddar on Thursday evening. Ouch. And though it will be of no consolation to said pal who is stuck in the North Sea currently contemplating the absurdity of life, the Gunners are still unbeaten in 14 matches – a run that stretches back to August. They should roll Wolves too, who are now officially having a ‘blip’ after losing three matches on the bounce.
Betting: Pierre-Emerick Aubameyang to score first and Arsenal to win 3-1 at 35/1 (bet365)

Manchester City v Manchester United
Romelu Lukaku has returned to ‘light’ training and could feature in the Manchester derby, but is this really, honestly good news United fans? You’ve won twice without him remember, without ever being totally convincing. Now I like Lukaku. At his best he is a bustling, brilliant and prolific striker. But he’s a mile from his best currently and the fact of the matter is he is carrying too much weight. Indeed compared to the shape we’ve seen him in previously, right now he looks like a Sunday League player whose full-time job is that of a chef’s assistant at a Toby Carvery. If you ignore the fact that City have not won a derby at home since 2014 this should all be rather straightforward. Pep’s mob have smashed 24 goals in just six home Premier League games this season, while it’s seven games without a clean sheet for Jose Mourinho’s men.
Betting: Manchester City – Manchester City double result at evens (bet365)