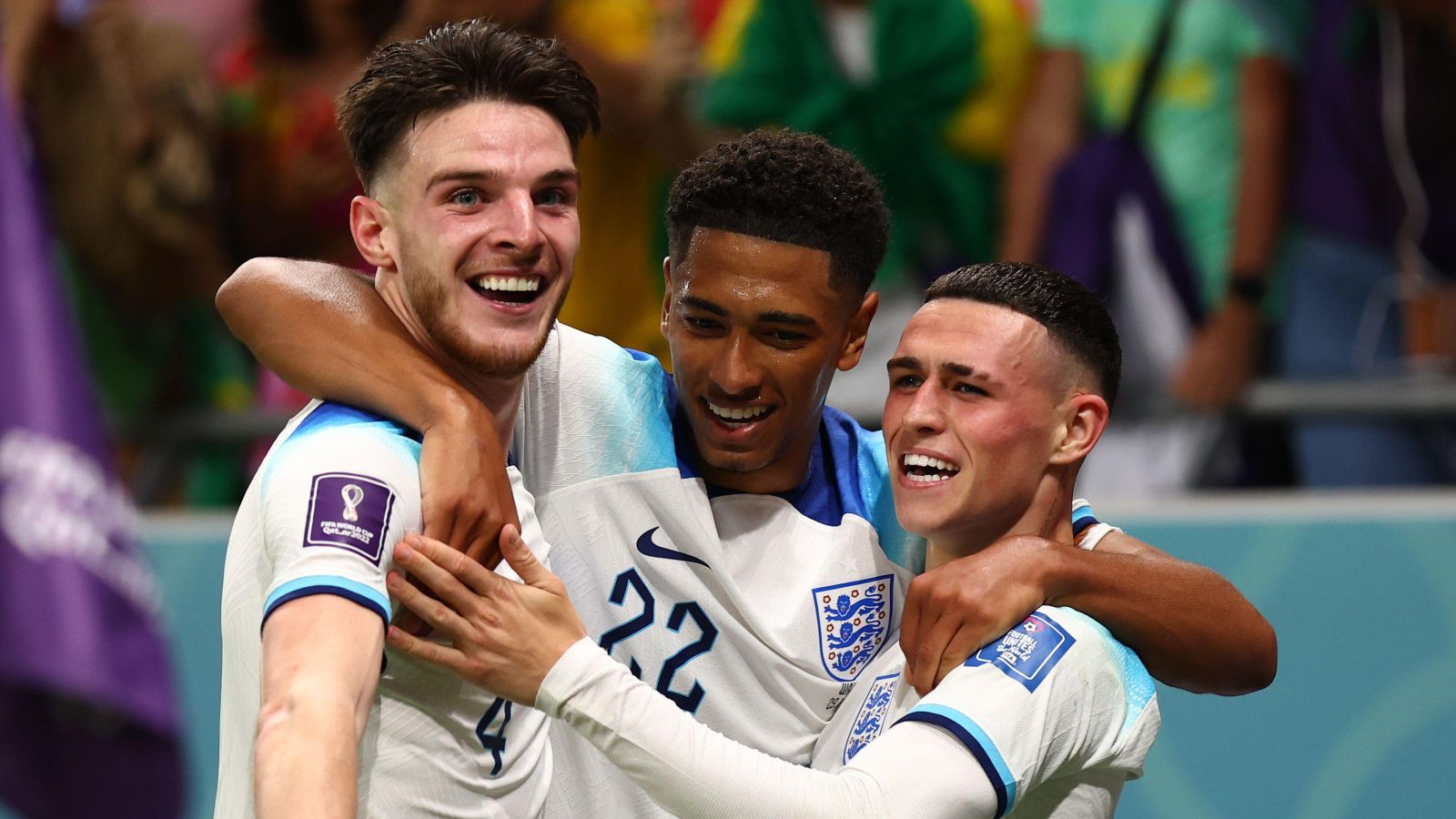 The Reds are in need of an overhaul in midfield, especially with Naby Keita, Alex Oxlade-Chamberlain and James Milner all out of contract next year.

It is common knowledge that Liverpool adore Jude Bellingham and they would love to sign him next summer.

But they face competition for his signature from the likes of Real Madrid and Man City. It is also suspected that he will cost as much as £130m as he continues to shine for England at the World Cup.

Rice is another player set to leave their current club next summer. West Ham tried desperately to keep him earlier this year, with his price tag set at a ludicrous £150m.

The Englishman is one of the best midfielders in the Premier League and he has admitted that he wants to play in the Champions League.

This seems to suggest that his exit from West Ham is edging nearer and it is being reported that he would cost clubs £70m.

Liverpool have been linked with Rice of late and Dean Jones has suggested that they ‘could appeal’ to him.

‘Rice is almost certain to leave West Ham this summer and it is looking increasingly like his price-tag is more reachable than at any point in the recent past,’ Jones told GiveMeSport.

‘It has been reported that £70m could be enough to seal the signing of Rice and Liverpool would be a serious consideration for the player if they reach out.

‘Chelsea are seen as strong favourites for Rice yet the player has indicated to people around him that moving out of London would not faze him.

‘Liverpool’s success and history could appeal and while he might not seem like quite same same player as Bellingham, he has huge drive to become the all-round midfielder.

‘He has already proven he is more than just a DM and had spent plenty of time studying the likes of Yaya Toure and Patrick Vieira in search of becoming the perfect midfield player.’

He added: ‘Brighton do not want to lose their Ecuador midfielder any time soon – shown by the player’s reported £85m price tag – but his rise both domestically and internationally this season has not gone unnoticed and Liverpool do have him on the radar.

‘At the age of 21 there is time to further sculpt him into any type of midfielder they might need. He can sit, he can charge, he can do it all.’