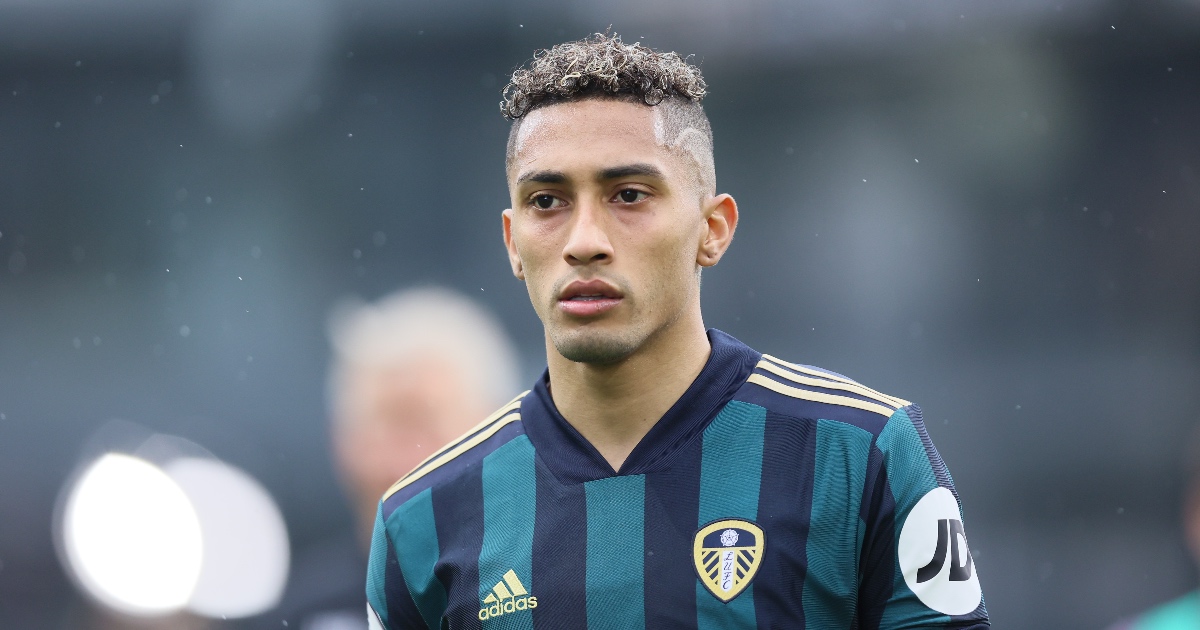 The 24-year-old has become a Premier League star since his £17million move from Rennes in October.

In his first season in England, he scored six goals and assisted nine more in 30 league appearances.

Time for Man City fans to let Jesus into their hearts?

He was one of Leeds‘ best players on their return to the top flight. Alongside the likes of Patrick Bamford and Stuart Dallas, he helped the Whites to finish ninth.

Due to his impressive campaign, Raphinha has been heavily linked with a Liverpool move.

It’s thought that he would do a good job at replacing Mo Salah, should the Egyptian secure a transfer to Spain.

Raphinha was recently asked about the transfer speculation, to which he said it was ‘difficult to define’ how he felt about such links.

The player also revealed that Liverpool star Roberto Firmino was the first player to congratulate him about his move to Leeds.

Reacting to those comments, Enrique said: “Hopefully we can sign him, it will be a great addition for our squad.”

The Spaniard also suggested Liverpool should pursue Erling Haaland or Kylian Mbappe, although he called Raphinha a more ‘affordable’ option.

Raphinha is already adored by everyone at Leeds, so it would take a huge bid to prize him away from Elland Road.

The player is yet to appear for Brazil, but his performances in 2020/21 suggest he could soon get a call-up.

One of Raphinha’s finest games came in the 2-1 victory over Newcastle in January.

He opened the scoring in the first half with a nice left-footed finish, after being set up by Rodrigo.

The winger then chipped the ball into the path of Jack Harrison, who hit a brilliant half-volley to win all three points for Leeds.

Raphinha missed three games in April after limping off in the 2-1 win at Manchester City.

That didn’t end his form, however, as he registered three assists in the final four matches once returning to the side.

Another top season in the Premier League could see Liverpool fulfil Enrique’s wishes and bid for the Leeds star.