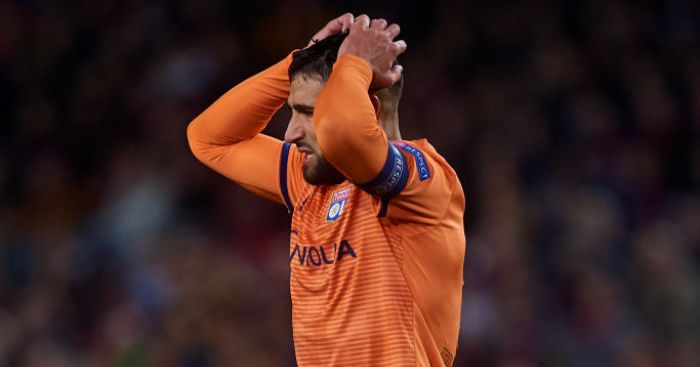 Lyon will accept an offer of just €30m for perennial Liverpool target Nabil Fekir this summer.

Fekir is free to leave Lyon after six successful years in the club’s first team, having joined their youth ranks in 2011.

The French international almost joined Liverpool last season before the move broke down in a shroud of confusion and controversy.

Jurgen Klopp has only ever said about 68 words on the situation, while Lyon president Jean-Michel Aulas blamed the European champions.

Aulas is now claimed to have lowered his asking price for the midfielder to just £26.8m – almost exactly half of the £53m fee Liverpool had agreed 12 months ago.

L’Equipe journalist Bilel Ghazi revealed that no bids had yet been made for Fekir despite his considerable drop in value.

In an Instagram Live video filmed on Sunday evening, it was added that there was “minor interest” from two unnamed European sides.

AC Milan and Juventus have both been linked in recent weeks, but there is no suggestion they are the teams in question.