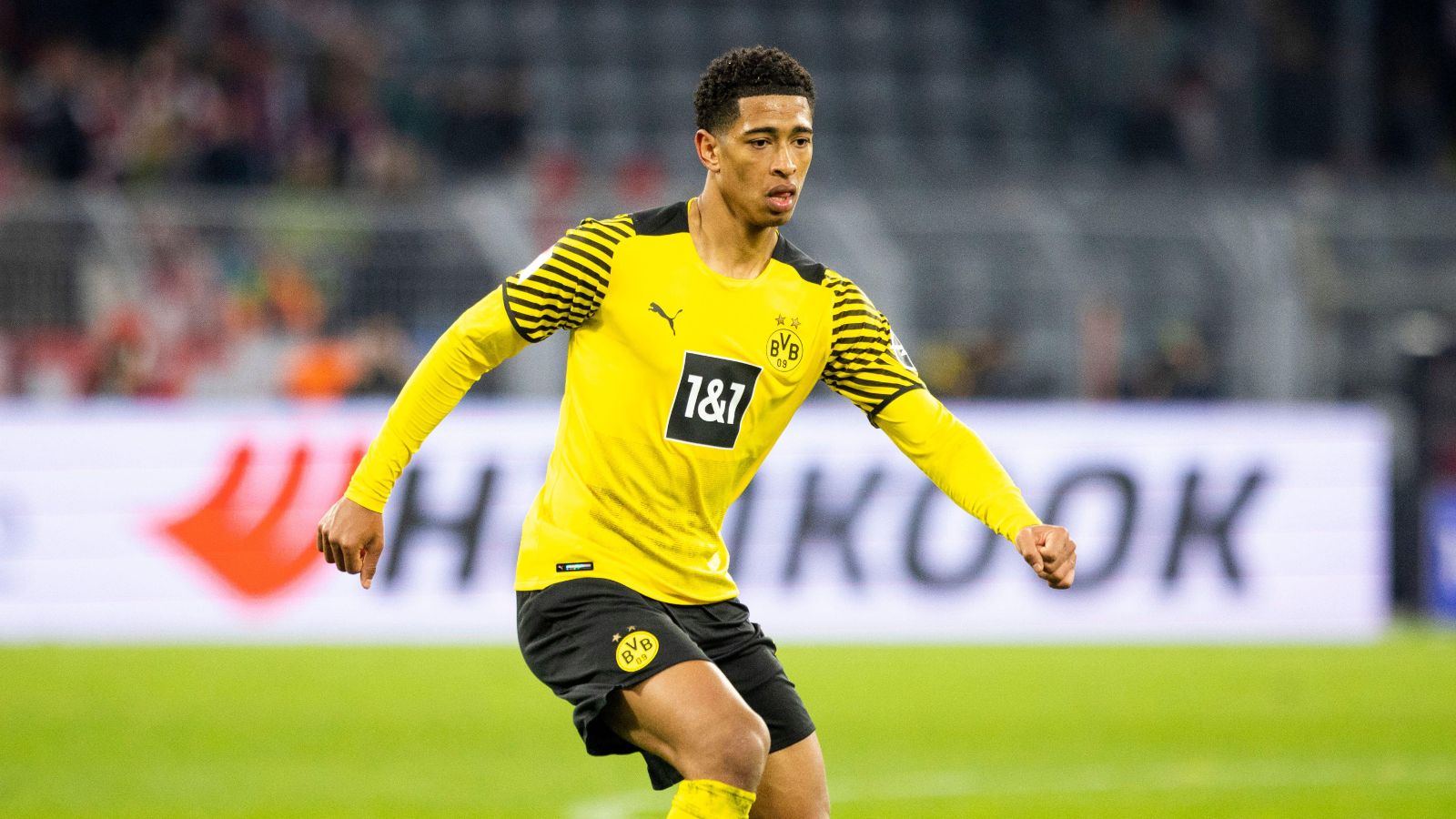 Liverpool have been told by Borussia Dortmund that they will have to pay “at least £103m’ to sign Jude Bellingham next year.

Man Utd were interested in Bellingham prior to his £25m move to Borussia Dortmund in 2020.

The 19-year-old progressed through the ranks at Birmingham City and he has been a key player for Dortmund in recent seasons.

Bellingham has already played 90 times for the German side across all competitions. This includes several impressive outings in the Champions League.

He made his senior debut for England in 2020 and he has already played 15 times for his country.

The midfielder has been heavily linked with a move to Liverpool in recent months, with them expected to move for him next summer.

SportBILD (via The Daily Mail) are reporting that Dortmund have told interested clubs that ‘at least £103m’ is needed to buy Bellingham in 2023.

It is said that they are ‘bracing themselves for a host of bids for the England star next year’. As well as Liverpool, Man Utd and Real Madrid are ‘keen’ on the teenager.  His contract does not expire until 2025.

Johnson has two different recommendations for Liverpool than Bellingham. The former England international is hoping to see the Reds invest in West Ham’s Rice or Inter Milan’s Barella.

Barella contributed three goals and 12 assists in 36 Serie A matches last term for the Nerazzurri and Johnson thinks he would be a good addition at Anfield.

On Barella, Johnson added: “I do think he would be a good addition. To score goals and grab assists isn’t easy, despite the fact he hasn’t done it in the Premier League.