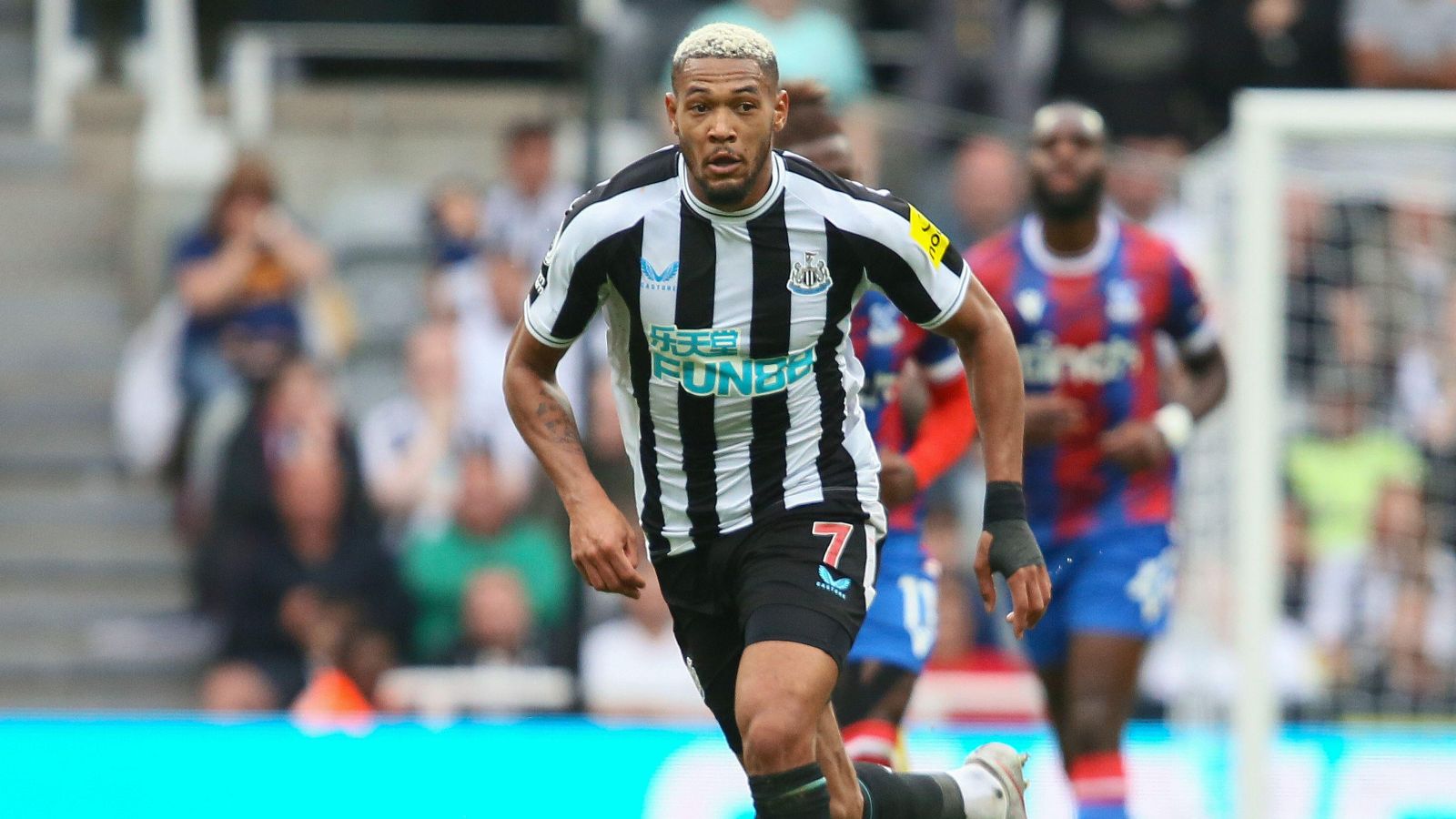 Liverpool have been encouraged to sign Newcastle United midfielder Joelinton as a replacement for Fabinho if the latter “does not pick up”.

Joelinton looked set to be a flop at Newcastle following his £40m move from Bundesliga side Hoffenheim.

He was signed as a striker but he has enjoyed a career resurgence since he’s been converted into a centre-midfielder.

The 26-year-old has been one of Newcastle’s standout performers this term as they are mounting a surprise push for the top four.

Liverpool meanwhile are struggling down in sixth and they were beaten 3-1 by Brentford earlier this week.

Fabinho has been a sensational signing for the Reds as he has regularly been one of the world’s best defensive midfielders during his time at the club.

But his form has dipped this term and they are expected to refresh their midfield in the summer.

Jude Bellingham is their main target but they are now also being linked with Wolves’ Matheus Nunes.

But Dietmar Hamann has floated the idea of Liverpoolrecruiting Joelinton from their league rivals.

“It depends on what Fabinho does over the next couple of months or probably until the end of the season. I think if Fabinho doesn’t pick up, they probably need a holding midfielder, and then I think they need an offensive midfielder,” Hamann told talkSPORT.

“I’ve always looked at a player like Joelinton, I think they need a physical presence in midfield.

“I think they’ve got a lot of players in midfield, they’re all pretty similar, they can all handle the ball, they’re technically very gifted, but I also think they need a physical presence, especially in the Premier League.

“If Fabinho doesn’t pick up, I would say a defensive midfielder and somebody who gets a goal from midfield.”

Hamann has also suggested that Liverpool are not good enough to have Thiago Alcantara in their team.

“I think game management was always one of their strengths, they always knew what to do at the right time,” Hamann added.

“But obviously, you depend on players being in-form, and the main culprit I’d say is probably Fabinho because he’s not been that defensive shield that he has been over the last few years.

“When the back-four haven’t got any protection then you obviously give away chances. They’ve got two very offensive full-backs, we know that, so it’s even more important that the middle is solid.

“Fabinho has not been the same for the last six or seven months, and in Thiago they’ve got a player who likes to play with the ball, and I don’t think Liverpool is good enough at the moment to have Thiago in their team.”