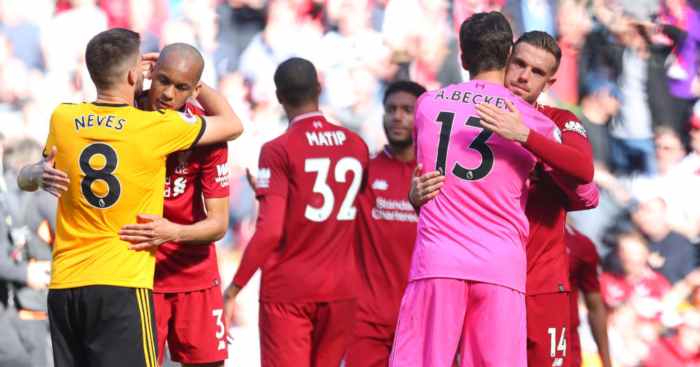 The midfielder has been linked with Liverpool, Manchester City and Manchester United over the last year with reports claiming Wolves value him at £50million.

And Collymore thinks Neves could be the player with “vision” that the Reds have been lacking at times this season.

“If you’re champions of Europe, that in itself is a huge catch,” Collymore told Stadium Astro.

“Players from around Europe will have seen the atmosphere this year and the type of football.

“One who will be looking is Ruben Neves.

“He’s been on the radar of several clubs, a playmaker.

“He doesn’t score as many goals as he should but scores worldies.

“Neves is the kind of guy you’d get on the ball in the final third and he has the vision of David Silva.”