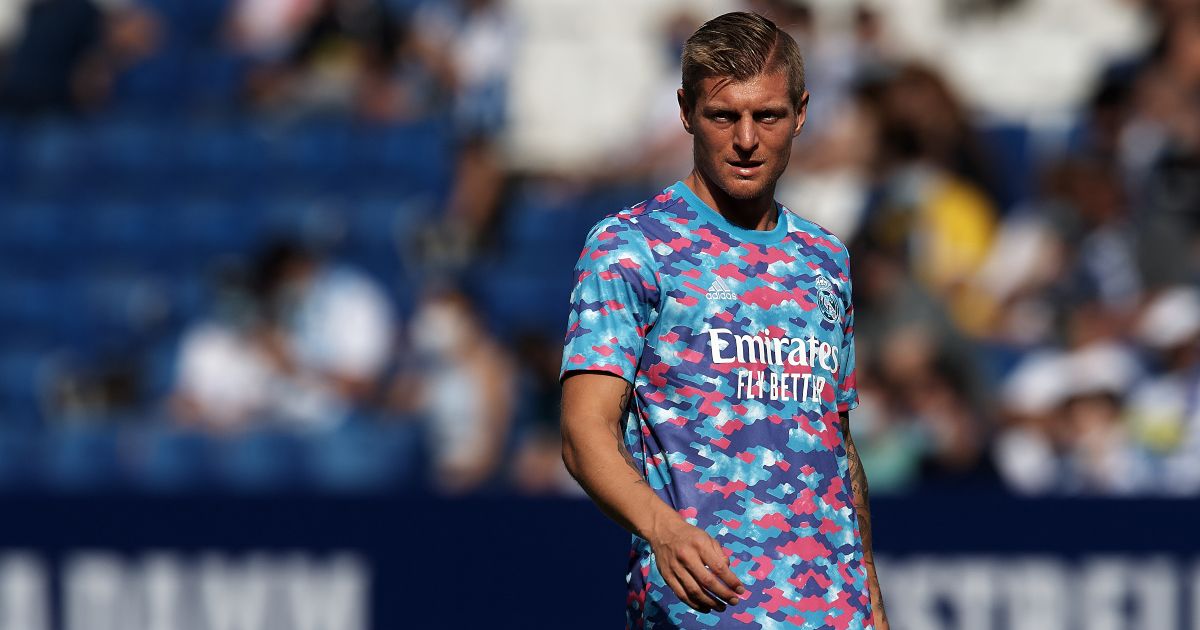 Liverpool need a player with “younger legs” after being linked with Real Madrid midfielder Toni Kroos, according to former Arsenal striker Kevin Campbell.

Kroos’ contract doesn’t run out at Real Madrid until the end of June 2023 but a report in Catalan newspaper Nacional claimed earlier this month that Jurgen Klopp is ‘dreaming’ of bringing the German to Anfield.

With Kroos on the verge of turning 32 it is said to be ‘an ideal time to try his luck in the Premier League’ with the former Bayern Munich man only starting one La Liga match this season.

Kroos’ response to possible interest from Liverpool has been ‘positive’ and Nacional insists that Klopp ‘has contacted’ the midfielder to convince him to join next summer in a £20m transfer.

But Campbell, who played 228 league matches for Arsenal, thinks ‘world-class’ Kroos is not what the Reds need right now.

Campbell told Football Insider: “Listen, Kroos is a great player. He is world-class, make no mistake about it. He has got it all. A player that can score goals, can pass, has vision and an engine. I cannot see it happening though.

“It really doesn’t make sense to me when you factor in his age. Liverpool need younger legs in there. They need players that are coming through.

“There is a lot of talk about Liverpool needing a midfielder but they have got so many already. It doesn’t make sense.

“I can’t see them signing Kroos, especially with Thiago [Alcantara] already there.”

Following their 3-2 victory over Atletico Madrid on Tuesday night, Andy Robertson now wants to see Liverpool finish off the job in their Champions League group.

“It’s such a good start to the campaign but now it’s important that we see it through and we qualify with as many games to go,” Robertson told Liverpoolfc.com.

“If it’s possible to qualify in the next game, we want to do it of course. It’s always easier when you can do it with two games left or one game left, but the aim is still to qualify and hopefully finish top of the group – but it’s a really tough group.

“To get the nine points to start, it’s a fantastic start and we know Atletico don’t get beat here very often.

“The fact we’ve come away with the points is the most important thing. An ugly win but sometimes they’re the better ones.

“To get nine points out of nine is so important. We’ve now got them back at Anfield in a couple of weeks and we need to probably play better than we did and hopefully be as clinical as we were. Hopefully that will be enough to see us through.”