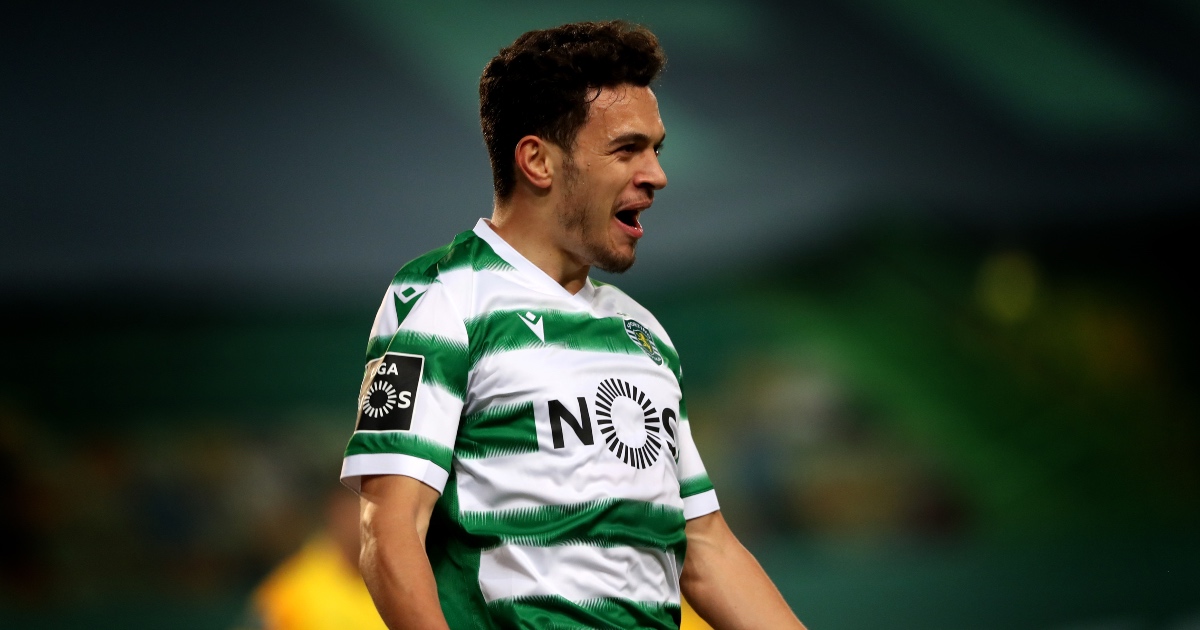 Liverpool are tracking the progress of Sporting Lisbon star Pedro Goncalves ahead of a potential move, according to reports.

The Reds are searching for summer recruitments to bolster their squad.

They’ve been affected by injuries to Diogo Jota and Sadio Mane up front this season.

FEATURE: Five best ever individual PL performances away at Anfield

One option for the Anfield club is Goncalves, who has been in great form this campaign with Sporting.

According to Portuguese outlet Record (via Mirror), Liverpool made ‘informal contact’ during the January transfer window and continue to monitor his situation.

They’re open to signing Goncalves in the summer, should Sporting want to cash in.

The 22-year-old is their new star player after scoring 14 goals in 15 league matches.

He was signed for less than £6 million in August as Sporting reinvested some of the money they got for Bruno Fernandes.

Man Utd also made contact with the Portuguese club over Goncalves last month.

His impressive form has seen him gain admirers from across Europe.

Goncalves would be a relatively cheap option for Liverpool to improve their attack.

The player mainly operates as a right winger, meaning he could become an understudy to Mo Salah.

He can also play as a central attacking midfielder if needed.

Goncalves isn’t the only player to be linked with a summer move to Liverpool.

They’re big admirers of Leeds United’s Raphinha, who has shone at Elland Road this term.

Should Salah secure a big money move to either Real Madrid or Barcelona, then Goncalves and Raphinha will be two options to replace him.

The Reds also benefit from having youngster Harvey Elliott on their books.

They signed him from Fulham in July 2019 after the player emerged as a star in the Championship.

He’s been great for Blackburn Rovers on loan this season, holding his own in a tough league.

The 17-year-old has scored four goals and assisted eight more in 22 appearances.