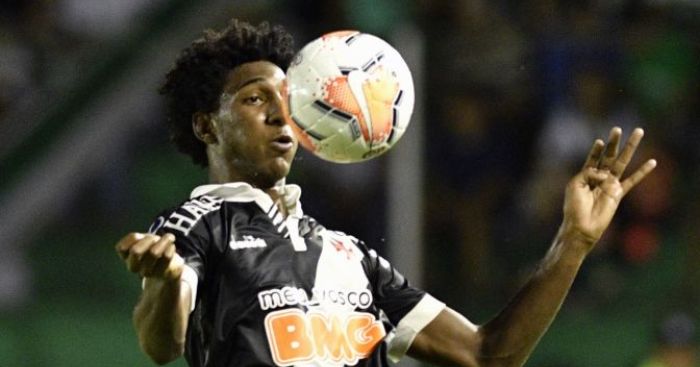 Liverpool have been fairly quiet compared to the likes of Man City and Chelsea in this transfer window.

Liverpool have yet to bring any players in this summer, although they have sold defender Dejan Lovren for £10.9 million and have let Adam Lallana leave for free.

That could be about to change, however, as the Reds are reportedly interested in signing Brazilian wonderkid Talles Magno.

According to Yahoo Esportes (via Mail Online), Liverpool have ‘made contact’ with his team Vasco de Gama about a potential deal.

The 18-year-old is considered one of the country’s best young stars and currently has a release clause of £45 million.

The club may be open to selling Magno for lower than his release clause as they look to recoup funds during the coronavirus pandemic. His current contract runs until 2022.

Magno has been called ‘the next Neymar’ after he broke into the first team last year playing in the Brazilian championship.

He can play at centre-forward or left wing and has been in good form for Brazil’s U19s team.

Magno was also part of the Brazil side that won the FIFA Under-17 World Cup in 2019 on home turf.

Liverpool aren’t the only European side to enquire about the teenager.

PSG, Bayer Leverkusen, Sevilla and Lille have all been monitoring the player and could rival Liverpool for his signature.

If a bidding war starts, Magno’s transfer fee could rise above what Liverpool are willing to pay for him.

Vasco de Gama have a history of selling promising young players to Europe.

They sold Paulinho to Bayer Leverkusen back in 2018 for £17 million, despite the player being rated in excess of £30 million.

Liverpool could begin their summer transfer deals by signing a player with an exciting future.