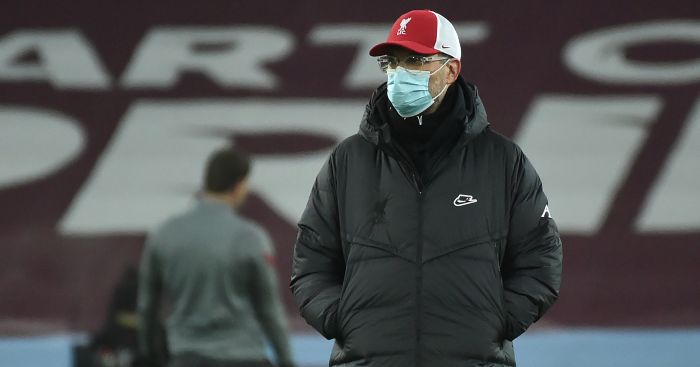 Wizard of Oz
In true miserable Mark Irwin style, his ‘match report’ from Arsenal’s 2-0 win over Newcastle in The Sun on Monday morning mentions Mesut Ozil three times in the first five paragraphs despite him obviously not playing any part in the match.

And how long did it take for Irwin to credit the two goalscorers from the game that Arsenal – and we have independently checked this and it’s true – actually won? Just the 22.

After all, who cares who scored – or even played – for Arsenal when you can point out on an almost-daily basis that Ozil still earns £350,000 a week?

Messy business
We expect nothing more/less from Irwin, but Hector Nunns of the Daily Mirror? We thought you were better than that.

‘Who needs Mesut Ozil when you have Emile Smith Rowe?’

Every tabloid journalist, it seems.

Low day for news
We’re not saying that football news is scarce but The Sun website‘s top story on Monday morning is that Dele Alli fell over during a football match and some of his teammates laughed.

Don’t give no sanctions
But The Sun website are amateurs in comparison to the Mirror bods, who really are excellent at this sh*t. And we do mean sh*t.

MOST READ on their football pages on Monday morning?

We can address the ‘told’ part of that headline shortly, but ‘sanctions’ means ‘gives official permission or approval for (an action)’, which strongly suggests that this is a transfer that needs only a final stamp to go through.

Which is obviously exactly the case with 19-goal Borussia Dortmund striker Erling Haaland, who is so close to a January move to Manchester United that it hurts.

It’s shameless click-baiting from the Mirror, who know that there is no more powerful force than a gaggle of giddy United fans.

And who ‘told’ them this anyway? Former Villa striker Gabriel Agbonlahor, of course. Who else?

Slection box
Actually, we cannot leave that Mirror MOST READ list without examining this…

His ‘controversial Man Utd stance’? Giving Scott McTominay a Manager’s Player of the Year award back in 2018. And there’s nothing like a goal against Watford to prove him correct.

However will they cope without 19-year-old Sepp van den Berg, yet to play a single minute or even appear on the bench for the first team this season?

‘And, it could well be that Darren Fletcher, who this week returned to the club’s first-team set-up as a coach, played a leading role in Solskjaer’s team selection.’

It could well be. And that is frankly enough for a headline in 2021.

Shopping trolley
In the ongoing quest to pretend that there will be some substantial transfer business this January, the MailOnline have come up with this predictably mammoth headline:

‘Liverpool’s January shopping list if Jurgen Klopp decides to sign the ‘stop-gap’ John Barnes wants includes a Newcastle defender, an AC Milan veteran – and one player branded a ‘donkey’ by fans of his own club!’

It’s a ‘shopping list’ entirely made up by Max Winters so it could basically include anybody at all. It could include Zlatan Ibrahimovic. It could include you. It could include Peppa, branded a ‘pig’ by members of her own family. You don’t get to exclamation mark the sh*t out of options that you have made up yourself! Okay! Crazy cats!

Crisis talk
The truth is of course that Jurgen Klopp has spoken at length about not being in a position to bring in ‘stop-gap’ signings, saying:

“I don’t know if something will happen or not. We maybe could do something, but it would be a short-term solution and we don’t want that as it doesn’t help really, so we have to deal with the situation as we have so far and we have to get through this.”

And where did we find those quotes? On this story on the Daily Star website:

You know it’s bad when they can’t even persuade a player branded a ‘donkey’ by fans of his own club!

Treemendous
Elsewhere on the Mail, Mike Keegan is here with his SPORTS AGENDA. Second item on the list? Arsene Wenger and his trees obviously. What else could be on the sports agenda when the entire concept of sport is under threat from a global pandemic?

‘He was sometimes accused of failing to get rid of the deadwood at the workplace but similar claims could not be made about Arsene Wenger’s attitude to his own home.

‘The former Arsenal manager wants to take the axe to a giant oak tree outside his Barnet pad amid fears it may collapse.

‘Wenger, 71, needs council consent thanks to a tree preservation order.

‘He also wants to cut back a leylandii hedge obstructing the entrance gate and to prune three Monterey cypress trees at the house he paid £1.1million for in 1997, which is now valued at close to £6m.’

It’s no ‘Inside Wing’s’. We liked Keegan more when he was eating ‘fillet steak rolls in black pepper sauce that were a cylinder of joy’.

Recommended reading of the day
Ed Aarons, Romain Molina and Alex Cizmic on the rise and fall of Yves Jean-Bart