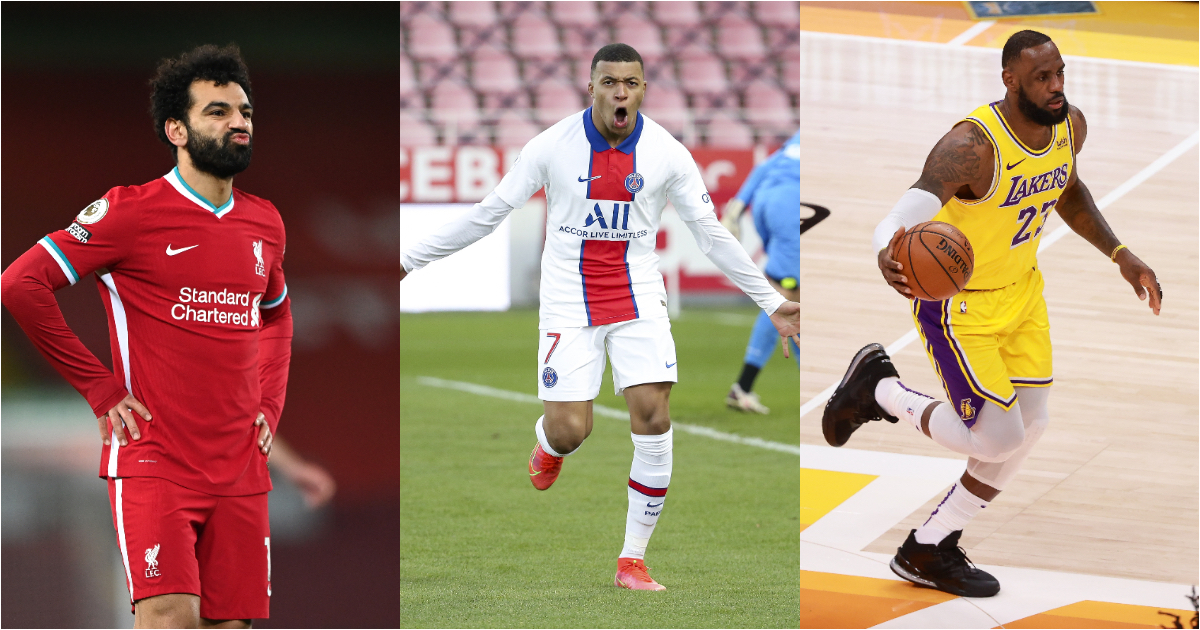 Salah’s out but that means Mbappe’s in at Liverpool with the help of LeBron and a £250m GoFundMe….

SALAH, MBAPPE, LEBRON AND GOFUNDME
“Is this situation a reason for a proper talk about it? We were 1-0 down,” Klopp said after substituting Mo Salah in the 1-0 defeat to Chelsea.

“He wasn’t happy with being subbed as a striker, he wanted to stay on. It’s a normal issue. It’s all okay. These things are not our problem.

“We all have to improve, definitely. Mo still has a great scoring record and everyone knows even he knows himself he could have scored more. That’s not a problem but in general we have to improve.”

But let’s ignore the manager of Liverpool football club and assume that ‘tensions are rising’ – it’s more fun.

AS (via The Sun) claim ‘things have escalated between the German boss and his Egyptian star’ and Salah’s transfer away from Anfield ‘could be accelerated’.

But good news, Liverpool fans. If Salah leaves you will ‘be in the prime economic position to snare Kylian Mbappe’.

Should Barcelona or Real Madrid come in for Salah, they’d likely have to fork out around £100million, the report claims.

But that ‘would allow Mbappe to take his place in the starting XI and also become the club talisman and figurehead on Merseyside.’

Which is a beautifully presumptuous sentence, seemingly ignoring Mbappe’s possible desire to play for someone other than Liverpool – a potentially Champions League-less Liverpool next season – and the need for an extra £100million or so.

But then we would be churlish to ignore Liverpool’s ‘secret weapon in negotiations’:LeBron James.

The Liverpool shareholder has a ‘great relationship’ with Mbappe after starring in a number of TV commercials together and collaborating for Nike.

And if all this evidence isn’t enough to convince Liverpool fans of the arrival of football’s greatest player to Anfield, you too can play your part.

A couple of your fellow You’ll Never Walk Alone-rs have set up a GoFundMe page with the simple aim of raising £250m to fund a transfer for the French striker.

The statement on the page reads: “As Liverpool do not have the funds to attempt such a bid, we thought we would take it upon ourselves to raise the cash from all fans around the world. Let’s shock the footballing world.

“There are roughly 100m Liverpool FC fans on a global basis. If all fans donated we would only need to donate £2.50 each in order to raise enough to talk to Kylian.

“Let’s band together to create the first ever, and largest ever, fan-raised football transfer fee and facilitate the largest transfer of all time.

At the time of writing they have received £2,607 from 213 donors and the page makes it clear that if they don’t achieve their target, the money will be donated to the LFC foundation. So, why not?