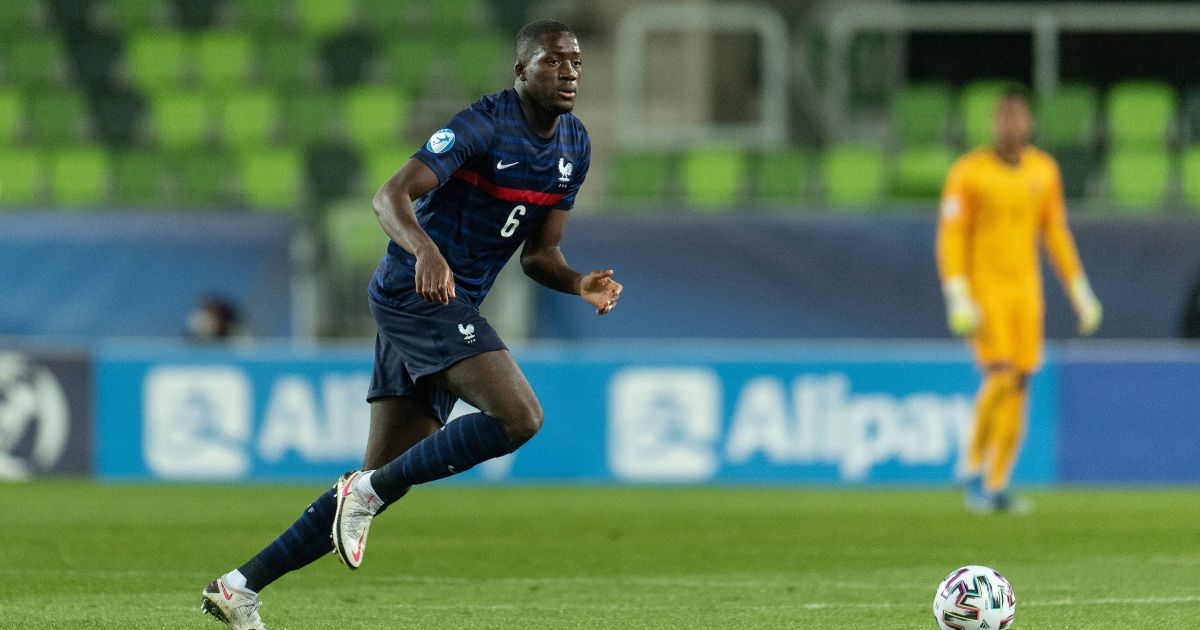 Ibrahima Konate’s move from RB Leipzig to Liverpool is “not a done deal” despite reports that he is undergoing medical checks, according to respected journalist Fabrizio Romano.

David Ornstein brought us the report on Monday that the Reds were “at an advanced stage” in negotiations over a deal to bring Konate to Anfield.

It is understood that the France under-21 international has a €40m release clause that Liverpool are willing to trigger with ‘in the process of finalising a deal’.

And now RMC Sport claim that the 21-year-old has ‘already passed some medical tests’ with Liverpool ahead of his transfer.

But Romano claims there are still a number of issues to tie up before Konate to Liverpool is “done”.

Romano told talkSPORT: “Liverpool are in talks with the agent, they’re trying to find out if they can sign the player.

“The deal is not done, it is not signed yet. They’re in talks with the player about the contract and everything – he has a release clause with Leipzig, who want €40m (£34.2m).

“It’s not done at the moment, they’re just waiting for the player. He’s one of the targets on the list, they want a new centre-back in the summer. It’s for sure not a done deal.

“He’s looking for a five-year contract, he’s so appreciated. The only issue could be about the injuries and we all know how it is for Liverpool at the moment so they will want to be careful.

“Leipzig want Liverpool to pay the €40m release clause, they don’t want to negotiate about the price of Ibrahima Konate.

“Liverpool are convinced that he is one of the best centre-backs for the future. Some are saying that he could be better than [Dayot] Upamecano in the future. Imagine how much potential this player has.”

On hearing reported interest from Liverpool, Konate told French media: “I woke up, saw my phone ringing all around, I just wanted to tell them ‘Hey, I played yesterday, I’m tired, leave me alone.

“Frankly, I’m not even looking at that. We can’t focus on that, there is the Euro and my return to the club afterwards. We have to focus on that and not on things exterior. ”