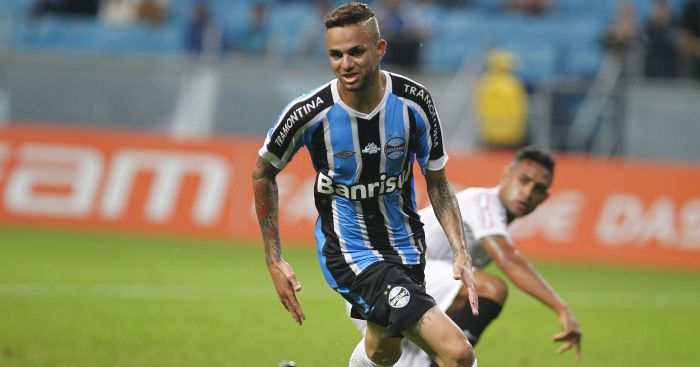 Liverpool transfer target and Gremio forward Luan says that “there is nothing” new regarding his future.

Luan was linked with Liverpool earlier this week, with Duncan Castles revealing that the club are ‘in talks’ over the Brazilian.

The 24-year-old is reported to have a release clause of €18million (£15.6m) in his current contract, and Liverpool are one of a number of interested clubs.

Luan was asked about the speculation on Wednesday, and says there is nothing “concrete” to reveal.

“If I knew, I wouldn’t hide,” he said. “I always said that I would leave it to Gremio and to my agent, and if they had something concrete, they should talk to me. No-one has come to me, so there is nothing.

“For the moment that we were through, I decided to stay. It was my decision alone. Now it’s the start of the season and I want to regain my form and rhythm to play. What I know is that I want to play the next game as soon as possible here at Gremio.”