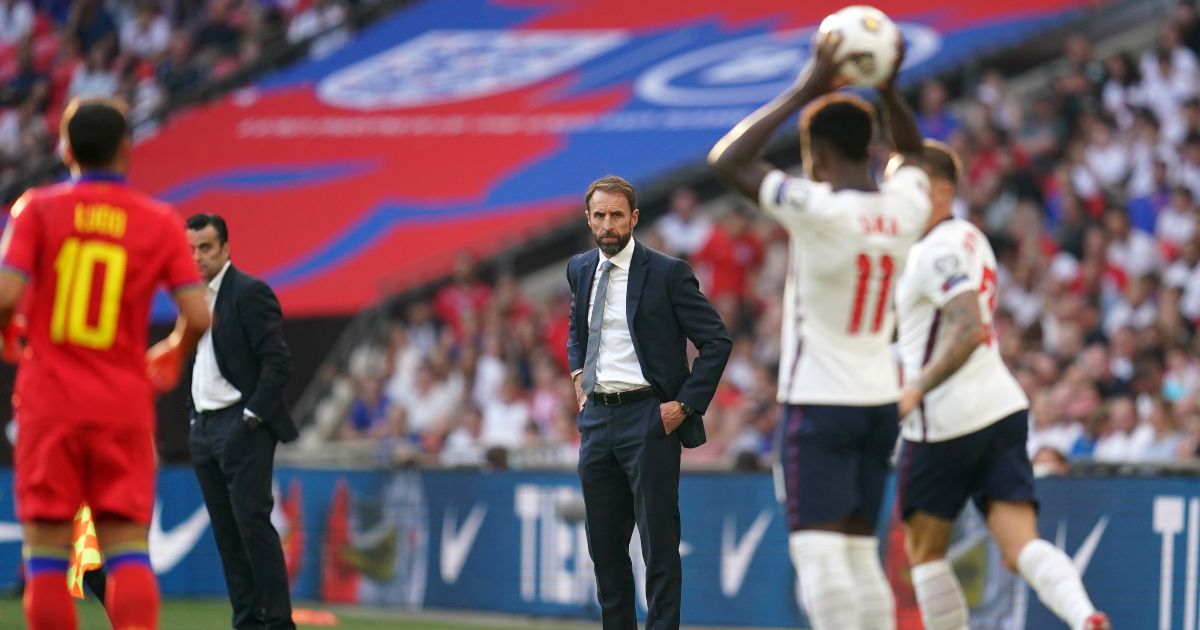 Liverpool defender Trent Alexander-Arnold admits he found it “difficult” to adapt to a new midfield role after Gareth Southgate chose to “experiment”.

The Three Lions boss decided to start the Liverpool full-back in the England midfield against Andorra, alongside Anfield team-mate Jordan Henderson and Borussia Dortmund’s Jude Bellingham.

It is a completely new role for Alexander-Arnold although he does like to drift into right-sided midfield positions while Liverpool are attacking.

And the 22-year-old says it was “an experiment” that Southgate wanted to try but he found it “difficult” to have an effect on the game.

“It’s a new role for me, a bit different, I think there’s been a lot of questions being asked whether I can or cannot play in there and a lot of opinions being voiced over the last few weeks,” Alexander-Arnold told talkSPORT.

“But whether I’m starting in there or starting right back I think naturally I just find myself drifting into midfield, getting the ball and effecting the game.”

England comfortably beat Andorra 4-0 in the match with Jesse Lingard scoring a brace, while Harry Kane and Bukayo Saka also got on the scoresheet.

When Southgate tweaked the system in the second half Alexander-Arnold was much happier with his performance.

He added: “The only difference was I was starting in there [in midfield] and it was a bit more difficult to really find the space that I wanted to.

“The second half we changed the system a little bit and I was able to find a lot more space and get time on the ball and get in positions that were fairly similar to playing in midfield anyway.”

Meanwhile, Southgate thinks England have a “great incentive” to stamp their authority on the group as they travel to Poland on Wednesday.

“Clearly with the result that Hungary have ended up with (losing 1-0 to Albania), Poland look like being the nearest challengers, which we probably thought when this group was drawn,” Southgate said.

“It’s a great incentive for us now. If we can go to Warsaw and win then we really are in control of the group.”