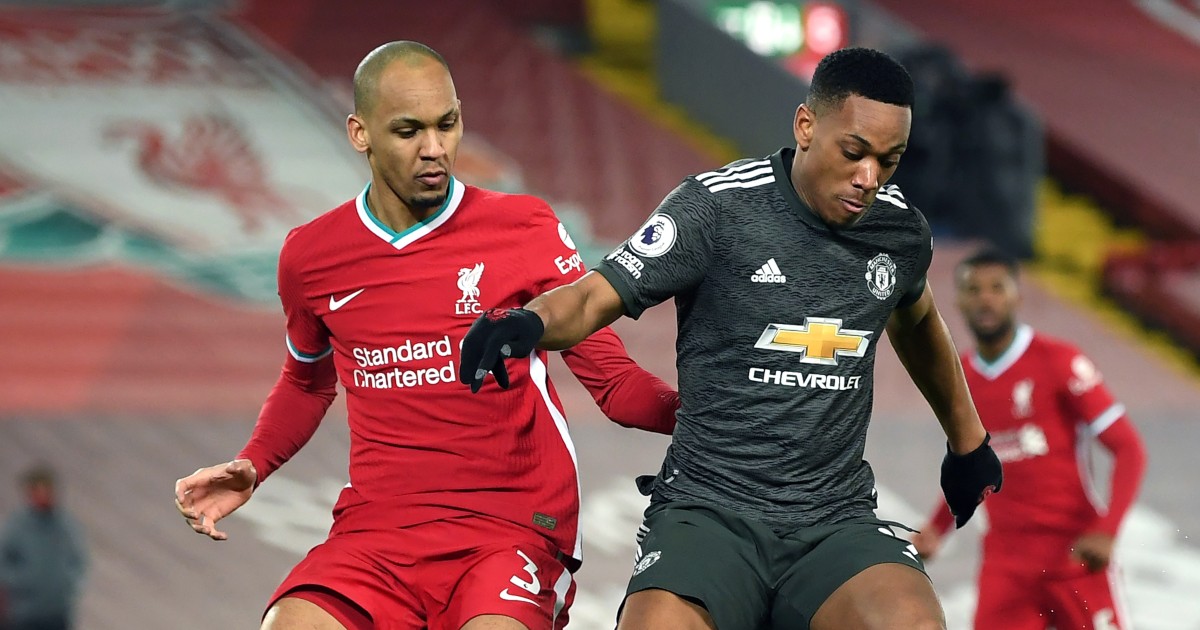 Paul Scholes was probably the best quiet player ever until he became a pundit. Liverpool have a trio of players who keep themselves private.

There are some players that bring the noise on and off the pitch. Then there are those that just get on quietly with business.

Joel Matip
When Joel Matip landed at Anfield on a free from Schalke in 2016, the aircraft might as well have slid down the runway with noise reduction. All the fanfare was for Paul Pogba, Zlatan Ibrahimovic and Ilkay Gundogan up the road in Manchester.

Five years on, Matip has continued to be pretty mute. He has hardly been spotted in the last year along with every other senior Liverpool centre-back. The one enduring image of the Cameroonian is of Inspector Gadget-style legs and arms. He doesn’t seem to have much of a mouth on him.

In the ‘humorous’ Liverpool ad for The Team Meeting which went viral just before Lockdown 1, Matip’s famous interjection was a bit of a cult classic. He had more lines in five minutes than he had spoken for the whole year. His teammates probably knew it too.

Leighton Baines
Just before the squad for England’s 2010 World Cup campaign was announced, Leighton Baines was transparent. Perhaps too transparent: “Everyone wants to be a part of England, to come away and play, but I have always found it really hard, even when I was a teenager, being away from home.” The honest, quite innocent admission appeared to go against him in the final cut as Fabio Capello left him out. When the left-back was asked to play in an all-star Europe team featuring Gerrard, Pirlo, Gattuso, Ibrahimovic and Larsson, he turned it down in 2007. His then-Wigan manager Paul Jewell said: “I got a call asking would Leighton fancy stepping in. I spoke to him, but straight away you could see in his face he didn’t.”

Paul Scholes
Scholes has certainly found his voice as a pundit but during his career the diminutive midfielder was hardly a chatterbox. Big Time Charlie Paul Ince once said of him: “Scholsey was so quiet, it was like he didn’t like football.” Does he have to say it loud, Incey? Luis Figo was probably a bit more articulate in his take on England’s golden generation ginger: “I’m star-struck when I see Paul Scholes because you never see him. On the pitch you can’t catch him. Off the pitch he disappears.” Not anymore.

Hugo Lloris
There’s no doubt that Lloris has the style of a keeper who does by deed rather than atomic mouth. Former Nice manager Frédéric Antonetti said the Spurs number one would become a splendid captain because “a good leader is not the person who talks the most, it is the person who talks the most sense”. One wonders if the intellectual and artistic side of saves is what gives him more pleasure than shouting at Eric Dier, for instance. Dier knows all about the Frenchman’s rough tongue, once saying: “His style is a quiet style but silence is sometimes deadly.” Well it certainly was for Son-Heung-min after he didn’t track back in that game against Everton.

Kieran Tierney
Mikel Arteta has spoken highly of his combative but quiet Scottish terrier. “He is shy and so humble,” the Arsenal manager once said. “You see how he behaves on the pitch and when he talks he says the right thing.” Apparently, he shops at Tesco and carries his kit in a plastic bag. He is relatable. Even Martin Keown has seen that actions speak louder than words. “Right from the beginning I could see there was a determination about him,” he told BT Sport in January. “In training, they have to tell him to calm down because he’s tackling ferociously. I really like that attitude that he brings.”

N’Golo Kante
“I play football and I want to be considered as a footballer,” the two-time Premier League champion said with some considerable feeling. No antics. No Look At Me outside of the stadium. The pint-sized star wants to be pea-sized when not on the pitch.

“I don’t want people paying too much attention about what I am outside of football, what I’m doing, and asking: ‘Who is N’Golo?” We know who you are, N’Golo. You were the one in the Mini Cooper.

Even when he reached the pinnacle of the world, the Frenchman didn’t get to grab the FIFA trophy because he refused to take it off other people. Olivier Giroud claimed: “At the end of the day someone took it and gave it to him.”

Fabinho
Jurgen Klopp believed that Fabinho’s reserved nature slowed his breakthrough into the first team at Liverpool: “It’s not that he’s come in and said, ‘Sit down all of you and I’ll explain how we do it because Monaco were in the Champions League semi-final the year before and became French champions.’ He is more a reserved person, looking, watching, absorbing.”

Having said all of that (or not said anything at all), the impact of the Brazilian was huge when he finally made it through to the first team. After the draw between Liverpool and Leeds in April, Patrick Bamford revealed: “Fabinho was saying to the rest of the back four a lot: ‘we’re too deep, we’re too deep, we need to get up, we need to get up.'” Well, he must have learned a few words off Andrew Robertson during the period as an emergency centre-back.

Anthony Martial
At one stage, Martial was so silent and so private that it was alleged Manchester United’s directors were worried that he was ill. The hangdog body language was one of a man who didn’t want to give out too much. Martial then started to come through with none other than Jose Mourinho claiming: “The first impression is he seems, like, a bit shy. Very quiet. But no way. He’s not shy, he’s not quiet.” What is it that Jose saw? The Frenchman has a very practical “practical joke” in pretending not to speak English to his teammates. Until he starts laughing. They must have cottoned on by now? Non?

Naby Keita
Jurgen Klopp told Sky’s Monday Night Football: “Everybody loves Naby but I don’t know if he loves us because he doesn’t speak a lot. But football-wise you can see the potential is outstanding but we have to give him time.” Well the football hasn’t come on a great deal but the Guinean has come out of his shell after benefiting from English lessons and playing practical jokes on his spiritual brother Sadio Mane. He’s having a good pre-season (again) for Liverpool but now the pressure is on without Gini Wijnaldum. Will Naby lad finally find his calling?