Home All The News Liverpool trio set to play at the Copa America, Allison confirms 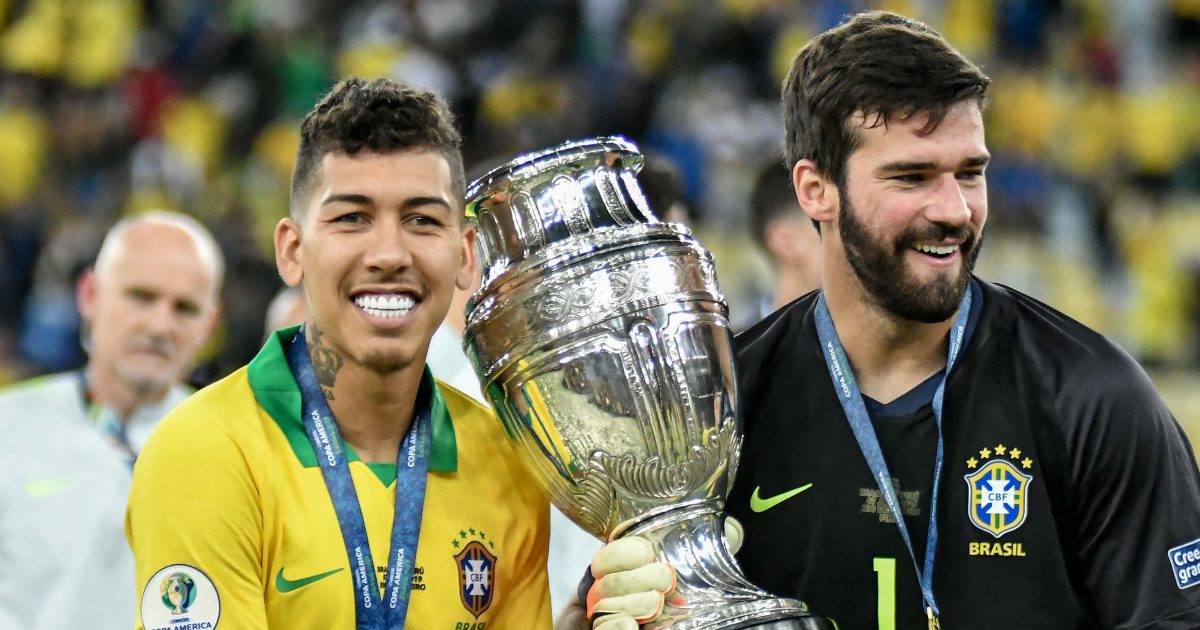 Liverpool goalkeeper Alisson has confirmed that Brazil will take part in the Copa America despite the ongoing doubts about the COVID-19 pandemic.

This summer’s tournament was originally set to take place in Argentina and Columbia. But with both countries struggling with the Covid outbreak, the competition has been moved.

The Copa America will now take place in Brazil. This announcement was met with frustration by their coach (Tite) and players.

If everything goes ahead as planned, the tournament will start on June 13. Brazil will face Venezuela, Peru, Columbia and Ecuador in the group stages.

Liverpool trio Alisson, Roberto Firmino and Fabinho are part of their squad for the competition.

There are six more Premier League players in the squad. Ederson, Thiago Silva, Fred, Douglas Luiz, Richarlison and Gabriel Jesus have also been called up.

As cited by the Liverpool Echo, Alisson has confirmed that Brazil’s players will play this summer:

“When a Brazilian is born, a fan is born.

“And for more than 200 million fans we write this letter to express our opinion about the Copa America outcome.

“We are a cohesive group, but with different ideas. For many reasons, humanitarian or professional, we are not satisfied with the conduct shown by CONMEBOL relating to Copa America.

“All recent facts lead us to believe there has been an inadequate process.

“It is important to emphasise that at no time did we want to make this a political discussion. We are aware of the importance of our position – we follow what is published by the media, we are present on social media. We also try to avoid false news bearing our names being circulated without the true facts.

“Finally, we remember that we are workers, soccer professionals. We have a mission to achieve wearing the historic yellow and green jersey of the five-time world champions.

“We are against the organisation of Copa America, but we will never say no to the Brazilian national team.”