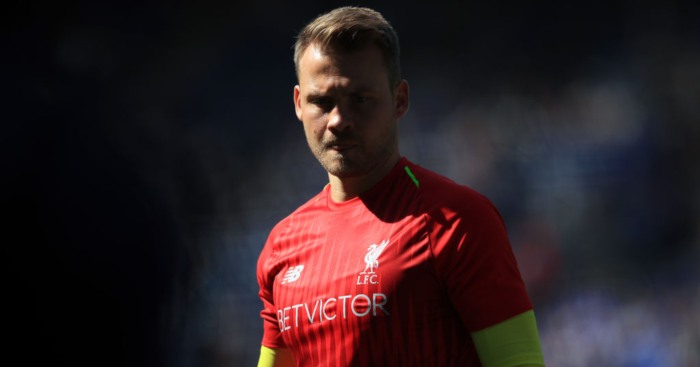 Liverpool goalkeeper Simon Mignolet is on Bournemouth boss Eddie Howe’s list of targets this summer, according to reports.

The keeper has been frozen out at Anfield after losing his place to Loris Karius in Jurgen Klopp’s side last season, before the arrival of Alisson from Roma saw him on the bench this term.

However, The Sun claim that Bournemouth could end Mignolet’s recent Liverpool misery after the Belgium international ‘attracted interest from Eddie Howe’.

With Asmir Begovic falling down the pecking order, the report claims that Howe wants a new goalkeeper to ‘compete with 39-year-old Artur Boruc and youngster Mark Travers.’

Liverpool seem to be able to name their price when dealing with Bournemouth with the Cherries giving them almost £40million for Dominic Solanke, Jordon Ibe and Brad Smith.

And that seems to be the case again with Mignolet as The Sun adds: ‘Liverpool are willing to let him go for £15m and he is on Howe’s shortlist for a new No1 next season.’