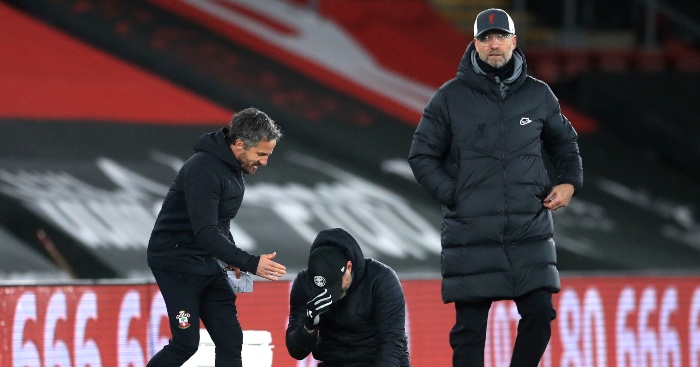 Liverpool have rejected a loan offer from Southampton for their defender Neco Williams, according to reports.

Williams first joined Liverpool when he was only six years old. He progressed through their academy and he made his senior debut in October 2019 in the EFL Cup against Arsenal.

The defender made his Premier League debut for the Reds in June 2020 as a substitute in their 4-0 win over Crystal Palace.

Williams made enough appearances last season to pick up a Premier League winners medal at the end of the campaign. His form was rewarded in August as he was handed a new long-term contract with his boyhood club.

Also in August, the youngster earned his first senior call-up for Wales. He has been capped six times since then and he scored his first international goal in September against Bulgaria.

The 19-year-old has made eleven appearances in all competitions so far this season. Sky Sports have reported that Liverpool have turned down a deadline day approach from Southampton for the defender.

Jurgen Klopp sees him as an “important backup” to Trent Alexander Arnold and he has a role to play at Anfield before the end of the season.

The Saints have also failed to sign Brandon Williams, Ainsley Maitland-Niles and Japhet Tanganga this window.