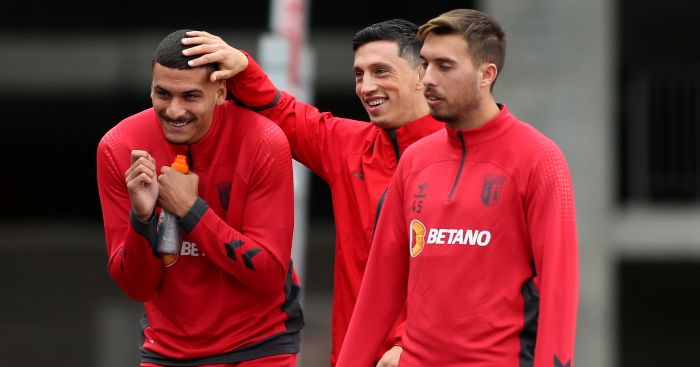 Liverpool had two bids rejected for Braga defender David Carmo before securing a deal for Schalke’s Ozan Kabak, according to reports.

Reports have claimed that Liverpool will seal deals for Preston defender Ben Davies and Kabak on deadline day as they give up on other targets.

One of those targets is understood to have been Carmo, who has also been attracting interest from arch-rivals Manchester United.

The Red Devils were linked with Carmo back in November as a possible alternative to RB Leipzig centre-back Dayot Upamecano.

The Athletic claimed at the time that ten clubs from across Europe had contacted the player’s agent about a transfer.

And, with Liverpool searching for defensive reinforcements on deadline day, Carmo emerged as a target for Jurgen Klopp’s side with Fabrizio Romano saying that Braga ‘turned down’ two bids from Liverpool on deadline day.

Meanwhile, O Jogo (via Sport Witness) claims that Braga president Antonio Salvador asked manager Carlos Carvalhal what he thought of the Liverpool offer for Carmo before rejecting it.

The report in the Portuguese newspaper refers to one offer and describes it as a ‘considerable amount’.

And Telefoot journalist Simone Rovera reckons Braga would only properly entertain offers if it matched the Portuguese defender’s release clause of €30m.

Yes, #Braga received an offer from Liverpool for David Carmo, but they turned it down !
The player has a release clause of 30M€. If a club don’t pay the clause the player will not leave #Braga during this transfert window