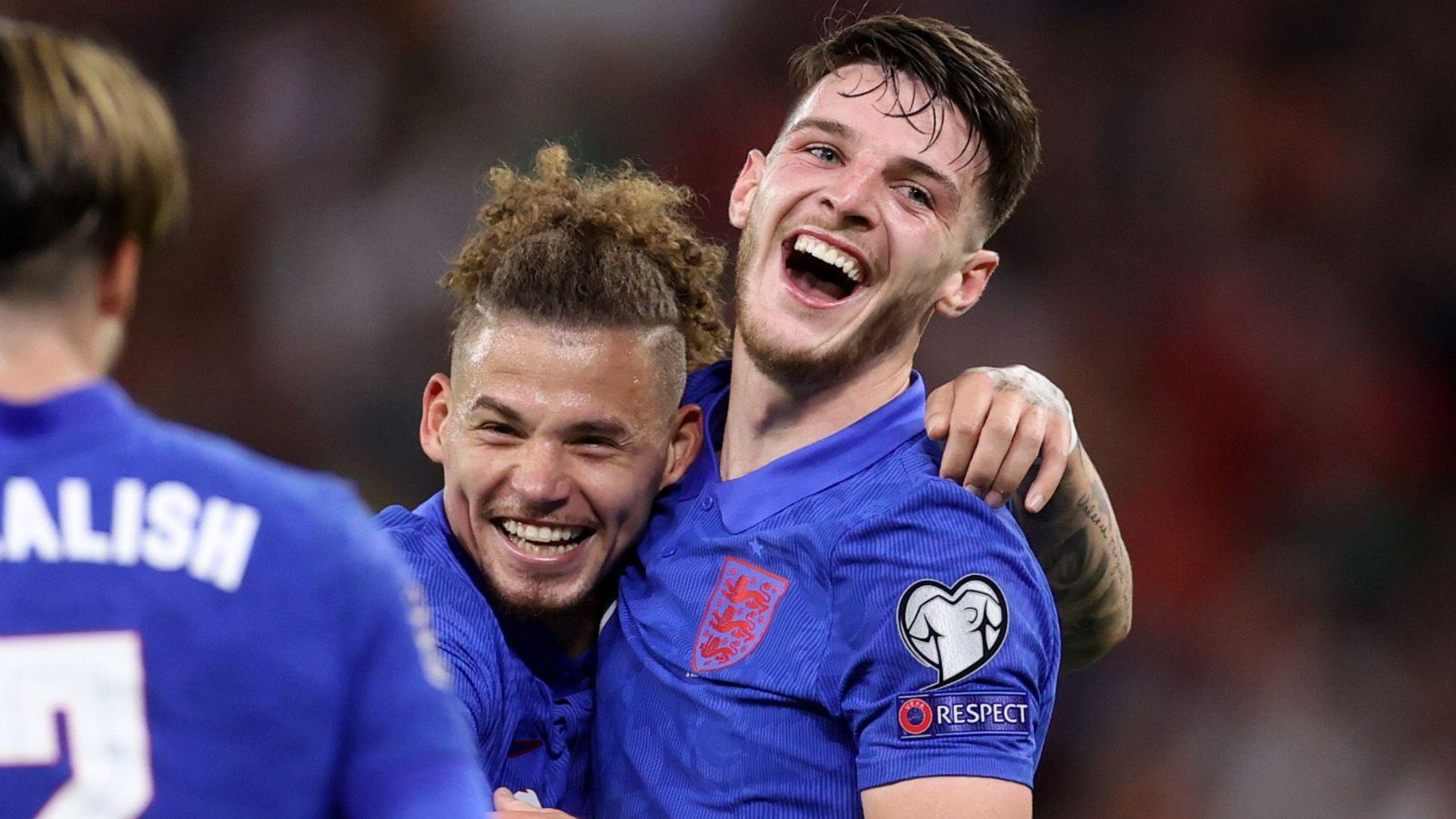 Danny Murphy has encouraged Liverpool to “go all-out” to sign Declan Rice or Kalvin Phillips during this summer’s transfer window.

The Reds lifted two trophies during the 2021/22 season. This came as they beat Chelsea on penalties to lift the Carabao Cup and FA Cup.

An unprecedented Quadruple was on the cards but Man City edged them out for the Premier League, while Real Madrid beat them in the Champions League final.

James Milner, Naby Keita and Alex Oxlade-Chamberlain are further down the pecking order.

Milner is out of contract next month and he is yet to commit his future to Liverpool. Meanwhile they are willing to listen to offers for Oxlade-Chamberlain.

Keita joined the Reds in 2017 for around £48m. He has been a bit-part player in recent seasons as he has struggled to live up to expectations.

Rice and Phillips are both being linked with big moves away from West Ham and Leeds respectively.

Murphy thinks Liverpool should target one of the two as they would “hit the ground running”:

“In the midfield, you don’t know if Milner is going to stay or call it a day or go have a last year somewhere else, Ox [Alex Oxlade-Chamberlain] will probably go, doesn’t play enough games, I am not sure Keita is the answer.

“So that midfield three of Thiago, Fabinho and Henderson is phenomenal, but Thiago does struggle with injuries and you can’t expect Jordan to keep playing 45 to 50 games, he is in his thirties now.

“I would be going all-out for Rice or Phillips. English, hungry, someone you know is going to be around a long time, gets it, he can come in and hit the ground running. That is where I would be looking.”

Elsewhere, Liverpool forward Divock Origi has issued a farewell message to the club’s supporters as he nears a move to AC Milan:

“I will miss these boys a lot,” (quotes via Daily Mail)

“I have been here eight years, but I feel my purpose is done.

“The club is in safe hands. There is so much still to come from this team.”