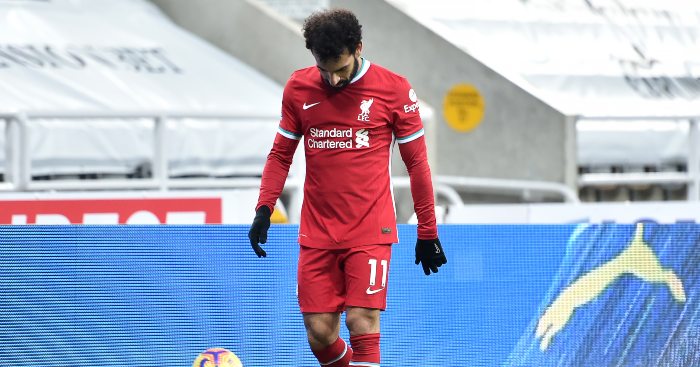 The Egyptian forward has been linked with a move to Spain ever since a former teammate said he was ‘unhappy’ at Liverpool.

Barcelona and Real Madrid are thought to be interested in signing the 28-year-old next year.

Salah has been in exciting form this campaign, scoring 13 league goals and assisting three more in just 15 Premier League appearances.

And Hamann thinks Bayern winger Coman would be the perfect replacement if Salah left but admits the Bundesliga giants are unlikely to sell one of their best players.

“For me, the best winger out there at the moment is Kingsley Coman,” Hamann told Stadium Astro (via the Daily Mirror).

“He had injury problems when he came to Munich but he got fit and scored the winner in the Champions League final.

“Coman is the player. Bayern Munich aren’t interested in losing him, he’s happy.”

Hamann added: “If Salah were to move, if he wants to go, which might be quite likely, that will have a knock-on effect.

“Liverpool will have to buy somebody. Whoever they sign, that team will need to buy a replacement. Things happen quickly.”