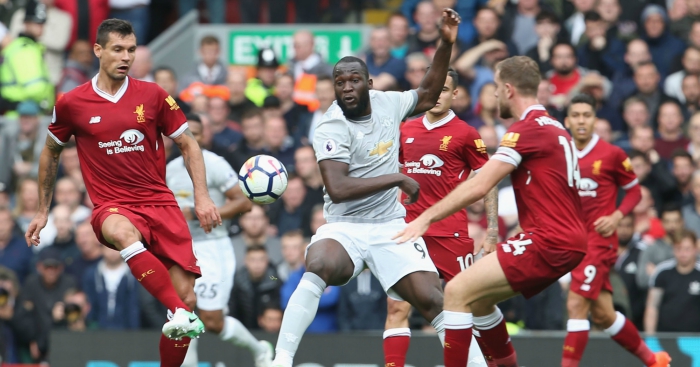 Truly a headline for our times
‘Arsenal team-mates help Laurent Koscielny put his coat on… and fans love it’ – The Sun online.

Far, far away…
The Daily Mirror website is one of many that covers all the major manager press conferences live. Jose Mourinho faced the press on Friday morning and the Mirror had this update from 10:49:

‘Mourinho is asked how far away his side are from the team he wants.

So Mediawatch was a tad surprised to see this story published by the same website at 11.09:

‘Jose Mourinho’s one word answer to how far away Man Utd are from Liverpool.’

Hmmmm. That wasn’t actually the question, was it? And the worst thing is that Mark Jones (Senior Sports Social Writer) absolutely knows that was not the question. But why the hell would that stop him? Self-respect didn’t…

‘Jose Mourinho was asked how far away his side are from playing in his image – just like Jurgen Klopp has got his Liverpool side playing how he wants – and his answer was hardly inspiring for Manchester United fans.’

That story is of course given top billing on the website on Friday morning, unlike the report from the journalist who actually, you know, went to the press conference. Which must make him feel really bloody special.

Included in Manchester correspondent David McDonnell’s story is this line:

‘Asked how far away the current United side are from being the team he wants, to play in his image, Mourinho said: “Far. Far.”‘

Silly David. You will never make it as a Senior Sports Social Writer.

Divided we fall
Top of ‘Trending’ on the Sky Sports website on Friday morning?

It really does sound quite delicious.

Chapter and Merse
Elsewhere on Sky Sports, Paul Merson is back with his predictions. Largely, it seems, made without any research. Some highlights include…

* Merson not letting go on Marco Silva (“What’s he know about the Premier League? What’s he know?”), claiming that ‘a lot of people are saying Everton have improved, but I’m not sure’. A lot of people, Merse? Try the actual Premier League table with Everton in seventh, with five more points than the same stage last season. You don’t need ‘people’ to tell you that they’ve improved – just a combination of your own eyes and the statistics.

* ‘Bournemouth were battered against Liverpool but it was an off-day; I expect to see them back at a high level at Molineux,’ says Merson of the team who have lost five of their last six games. That’s a f*** of a lot of off-days.

* ‘They’re like a bag of revels, Watford. You don’t know what you’re going to get.’ Boom. It’s like when Elton John plays the opening bars to Your Song.

* Declaring that ‘it’s so tight at the bottom and you can’t rule anyone in or out at the moment’ and then literally a couple of hundred words later: ‘I don’t fancy Fulham one bit, I just think they’re going to concede too many goals. I’d be shocked if they stayed up.’

And we’d be shocked if Merson knows from his arse from his elbow.

The Invincibles
Talking of predictions, Liverpool are about to go 92 games unbeaten in Mark Lawrenson’s Premier League table on the BBC.

That really is quite extraordinary for a team which has recently won f*** all.

Who do you think you are?
When you can find no justification for including a picture of Roberto Firmino’s wife in The Sun sports pages but you really, really want to, because she’s dead fit and stuff…

‘SAY You’ll Be There, lads? Liverpool stars Spiced Up Their Lives as they attended Roberto Firmino’s wife Larissa’s birthday party.

‘Brazilian Bobby swapped Red for White and his smart suit brought back memories of Liverpool’s infamous look at the 1996 FA Cup final.’

You mean when they infamously wore cream?

Mediawatch would have a little more respect if they just said ‘We like tits so here’s a picture of a fit bird’.

Ince you’ve been gone…
The build-up to Liverpool v Manchester United begins in The Sun with an interview with Paul Ince, who highlights ‘just how much the tables have turned for two of his former clubs’. Which is nice.

‘The two-time Premier League champ at Manchester United had a winning mentality during his six-year spell under boss Sir Alex Ferguson.

‘And his ultimate joy was beating bitter North West rivals Liverpool – United could not get enough of it.’

They then quote Ince as saying that “before a Liverpool game for United, I would look around the room and think, ‘Yup, yup, yup. I like what I’m seeing'”.

The problem? Ince did not beat Liverpool in his first six attempts with Manchester United. He might have looked around the room and thought ‘yup, yup, yup’ but then they went on the pitch and it was all ‘nope, nope, nope’.

The Sun then include a graphical summary of the difference between the two clubs which illustrates just how much better Paul Ince’s Manchester United were than Paul Ince’s Liverpool.

The problem? They have ignored Ince’s first three seasons at United. Apparently football really did begin in 1992.

Getting shirty
A reminder now that Neil Ashton’s Friday column in The Sun is sold as ‘the inside track on football’s big stories’.

And yet, he is once again angry about the length of Arsenal’s shirt sleeves. It now seems like a parody.

Unperturbed by not only being really very odd but also factually incorrect on this subject a month ago, Ashton is back again.

‘IT feels like this is turning into a bit of a crusade, but Arsenal’s tradition of matching the captain’s choice of shirt sleeves has fallen by the wayside.

‘Unai Emery probably does not even realise that Alex Iwobi, Hector Bellerin, Lucas Torreira and Matteo Guendouzi are persistently flouting a tradition by wearing long-sleeved baselayers.

‘Even so, someone at this institution should have a word.’

And if they did, Unai Emery would probably think they were mental. Best leave it.

Laboured intro of the day
‘IT was good to see Mesut Ozil passing the ball – rather than the balloons – to Alexandre Lacazette again’ – Tom Barclay, The Sun.

In other news, Arsenal are now 22 games unbeaten.

C-c-c-called a u-turn
One of the headlines on Martin Samuel’s Daily Mail column is ‘SELLING COUTINHO FOR £142m WAS SUCH SMART BUSINESS’, with yer man writing that ‘IN a week when Philippe Coutinho returned to Merseyside for a social occasion, it is worth noting what a sensational piece of business his sale has turned out to be’.

Indeed. So which fool wrote a column headlined ‘If Liverpool sell Philippe Coutinho to Barcelona they may as well resign from the Premier League title race’? Bet he feels silly now.