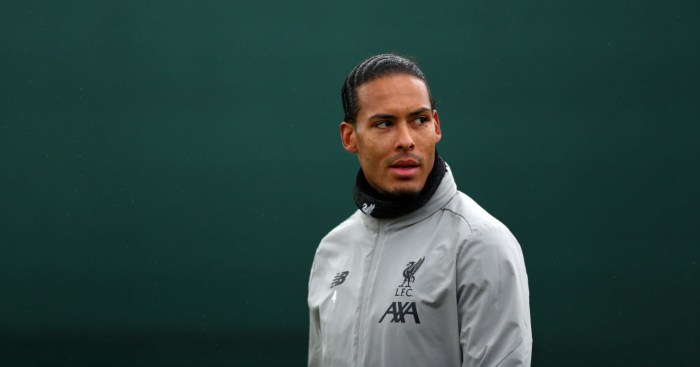 The Reds have catapulted themselves into a 25-point lead at the top of the Premier League table with Van Dijk marshalling a backline that has conceded only 21 goals.

Van Dijk finished runner-up to Lionel Messi in the 2019 Ballon d’Or and was named PFA Players’ Player of the Year last season after winning the Champions League in his first full season at Liverpool.

And despite only playing in the Premier League for six seasons, Kompany has claimed Van Dijk is the best defender the league has ever seen.

“I would bring it back to Virgil van Dijk,” Kompany told SPORF.

“It’s a weird one because he hasn’t been on the scene as long as these names we have mentioned: John Terry, Rio Ferdinand. These guys were there for a long time.

“But the signs he has showed in his last few years just make it so obvious that if he would have been at the top level before that he would have already gone further as well.

“From what I’ve seen in terms of having an impact on a team, and a defender is never about himself it’s about communication with other guys and how you make your team more solid.

“The Liverpool before van Dijk and the one after him, it’s a completely different setup and I’ll give him that one because of that.”

👀 @VincentKompany REVEALS his choice for best ever @PremierLeague centre back. pic.twitter.com/QWITtHcVlt