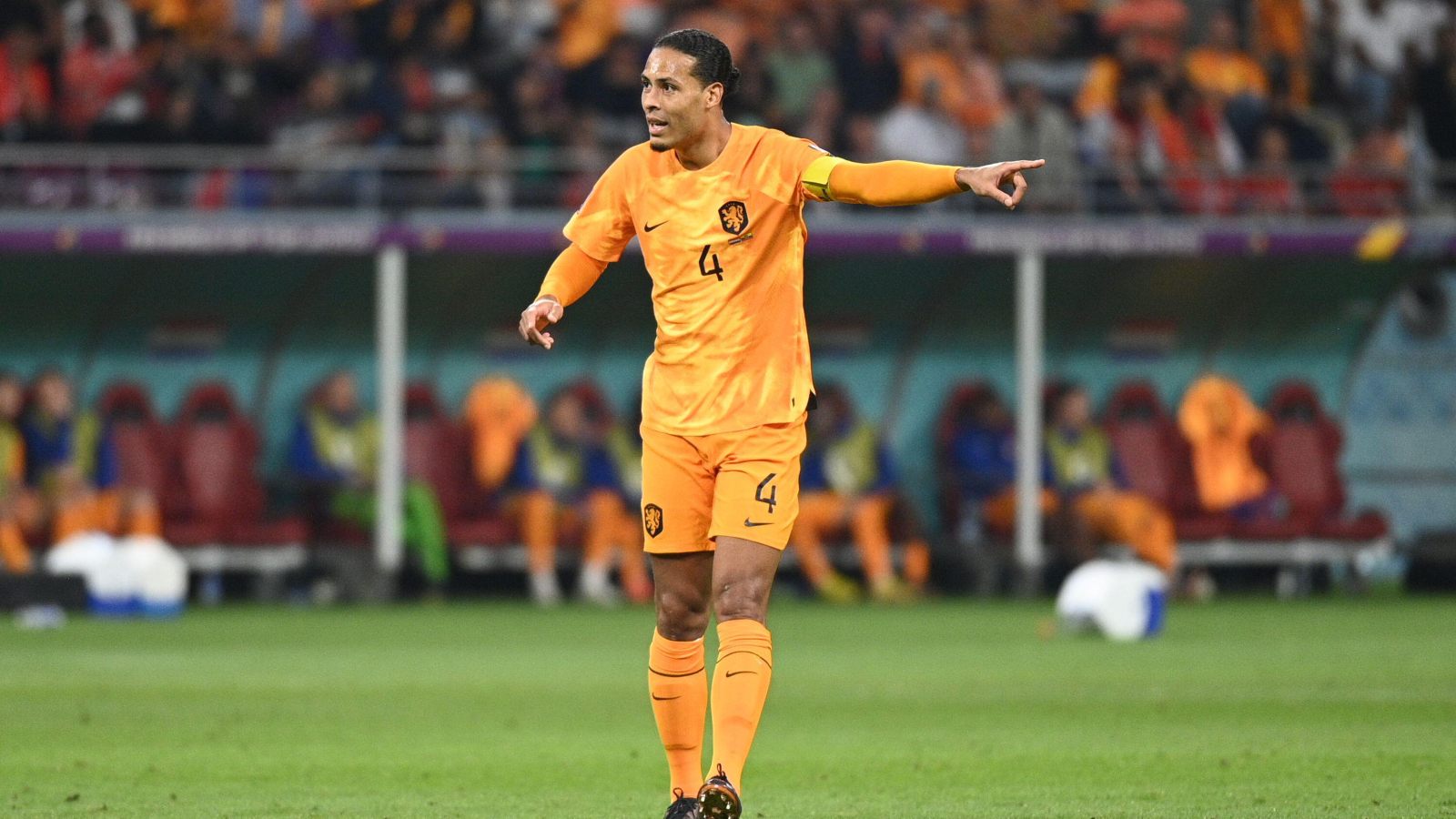 Liverpool defender Virgil van Dijk has hit back at Netherlands legend Marco van Basten after their 1-1 draw against Ecuador in the World Cup on Friday.

The Oranje scored early through a bullet strike from PSV Eindhoven forward Cody Gakpo but that was one of only two efforts on target they had in the whole match.

Ecuador in contrast put in a barnstorming display and were unlucky to come away with only a draw, as captain Enner Valencia seized on a rebound to score his third goal of the tournament early in the second half.

Van Basten has not been afraid of criticising Van Dijk in the past and he took another swipe at the Liverpool defender for his role in Valencia’s equaliser against the Netherlands.

“Van Dijk is just waiting and watching him shoot,” Van Basten told NOS. “What is he looking at? He needs to be on top of him! He just lets him shoot!”

Van Basten singled out Van Dijk for criticism during the Netherlands’ Nations League campaign earlier this year and the Netherlands defender was in no mood to take anymore stick.

“I don’t think he is ever positive, so what am I supposed to do with it? It’s easy to talk from the studio,” Van Dijk said after the match.

“Me failing as a captain? What do you want me to do with that info? I am always up front. I lead the team the best way possible.”

Netherlands boss Louis van Gaal admits that his side didn’t have the best game against Ecuador and is prepared to chop and change to find his best team.

Van Gaal said: “I think we did not play a good match.

“We didn’t play well in ball possession, that was our problem in the first match. And all the second balls, all the duels were for Ecuador. There, you cannot win I believe.

“We’re working on (keeping) possession and we will continue to work on that. Whether we will make it, I can’t guarantee that. But I think so, we have several options in the midfield and I can try them out.”

Asked whether his squad needed leaders, Van Gaal added: “I don’t think it’s that easy, we had so many different players playing the ball to the wrong colour. It’s a process that we need to find (the answer to) in the practice sessions.

“We have lost sight of the balance here, but we can find it. The clever thing today is that we played the match and have one point against a much better opponent, that’s how I see it.”

READ MORE: Netherlands must find improvement from somewhere but have at least confirmed Qatarxit