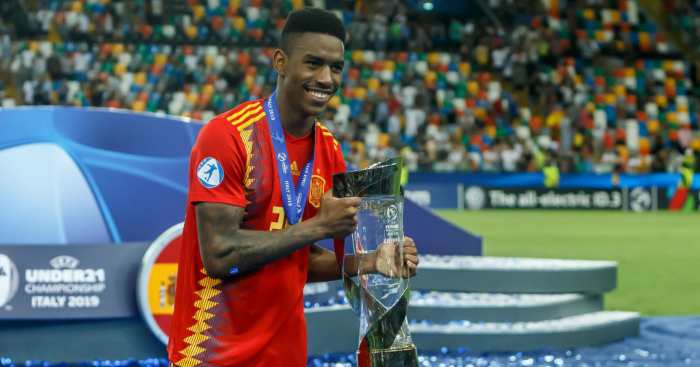 Liverpool could make a move for Real Betis defender Junior Firpo this summer, according to reports in Spain.

The club need a left-back to provide competition for Andy Robertson as they look to make a push for the Premier League title again this campaign.

Barcelona, Real Madrid and Manchester City are also reportedly interested in Firpo with rumours of €50m move for the 22-year-old from Liverpool.

And now Diario de Sevilla (via Sport Witness) claims that Liverpool are ‘very attentive’ to the signing of Firpo and are his biggest admirers, as Real Betis ‘continue to receive calls from European clubs’.

The report seem to rule out English press claims that Divock Origi could be used in a deal by saying the striker is ‘very close’ to signing a new contract at Anfield.

A previous report suggested that Liverpool ‘know that to achieve the transfer’ they must offer ‘at least’ €30m, which equates to roughly £26.9m, despite reports that it could take as much as €50m to land the Spaniard.