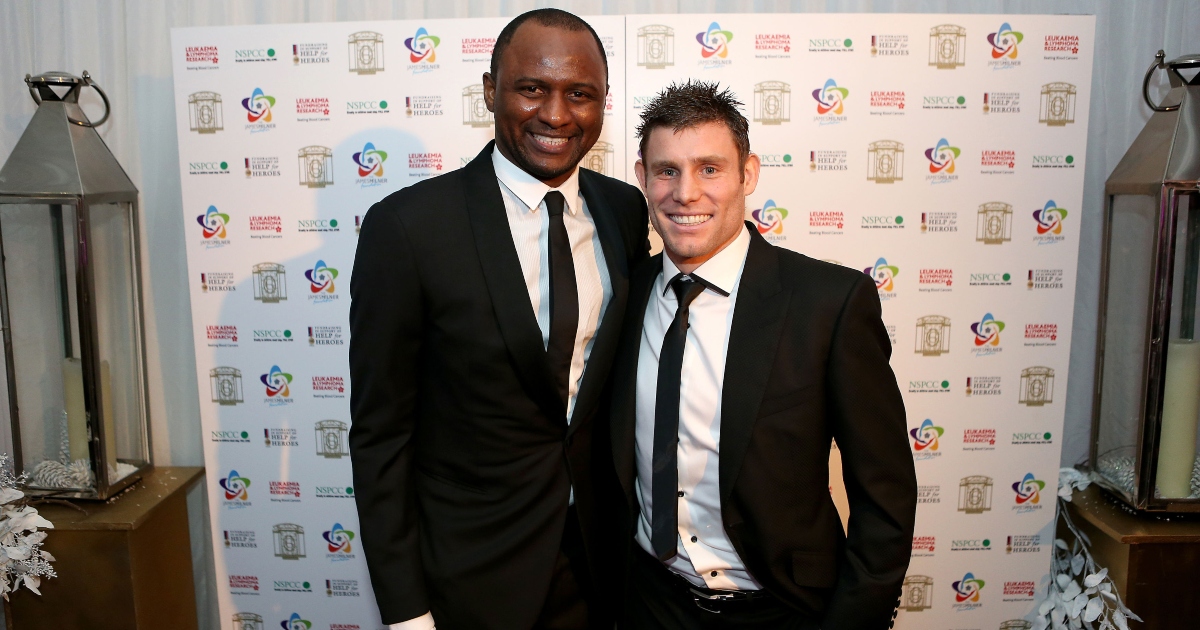 Liverpool midfielder James Milner is fully aware of the threat Crystal Palace will pose after playing with their manager Patrick Vieira.

The two were teammates at Manchester City during the 2011-2012 season as the French midfielder came to the end of his playing days.

Vieira then made his return to the Premier League in the summer, taking over from former Liverpool boss Roy Hodgson in the Selhurst Park dugout.

Jurgen Klopp’s side managed to get the better of the Eagles earlier in the season, beating them 3-0 thanks to goals from Mohamed Salah, Sadio Mane and Naby Keita.

The Reds will be without their three scorers from that day, as they are all on international duty at the African Cup of Nations and Milner is aware they face a tough test on Sunday.

Speaking to Premier League Productions (via Liverpoolfc.com), Milner said: “We know from the home game how well Pat has got them playing. I think he’s going to do a great job there.

“Obviously I was lucky to play with Patrick at Manchester City, I know what a special player he was. But his mentality, and talking to him after the home game and knowing his ideas and the winning mentality, he’s trying to get that into the club.

“You look at the season they have had so far – and a few of the results they’ve had where they lost out on points late in the game and been a bit unlucky – I think he is doing a fantastic job there and [will] continue to do that. Hopefully he doesn’t do too well on the weekend.

“So it’s important that we can do that but it will be a tough game and, like I said, they have got some good players as well and players playing well and full of confidence.”

Liverpool could head into the Palace fixture 14 points behind Manchester City at the top of the Premier League table, but Milner admitted they are just focusing on themselves.

“The table can look like that obviously with games in hand and things like that and we still have to play them,” said the 36-year-old.

“But for us it’s always the same, we know it’s important, there’s a lot of football to play and we just have to concentrate on ourselves. It’s important that we don’t get caught up in the visions of other people and what’s going on and how well City are playing.